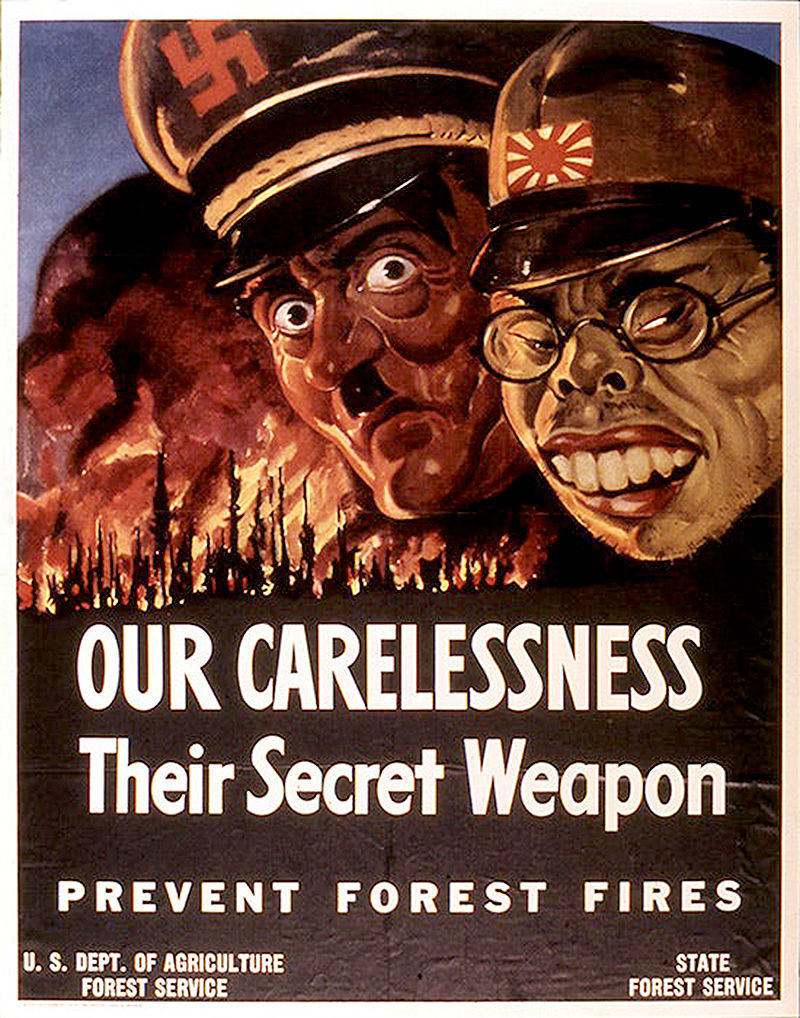 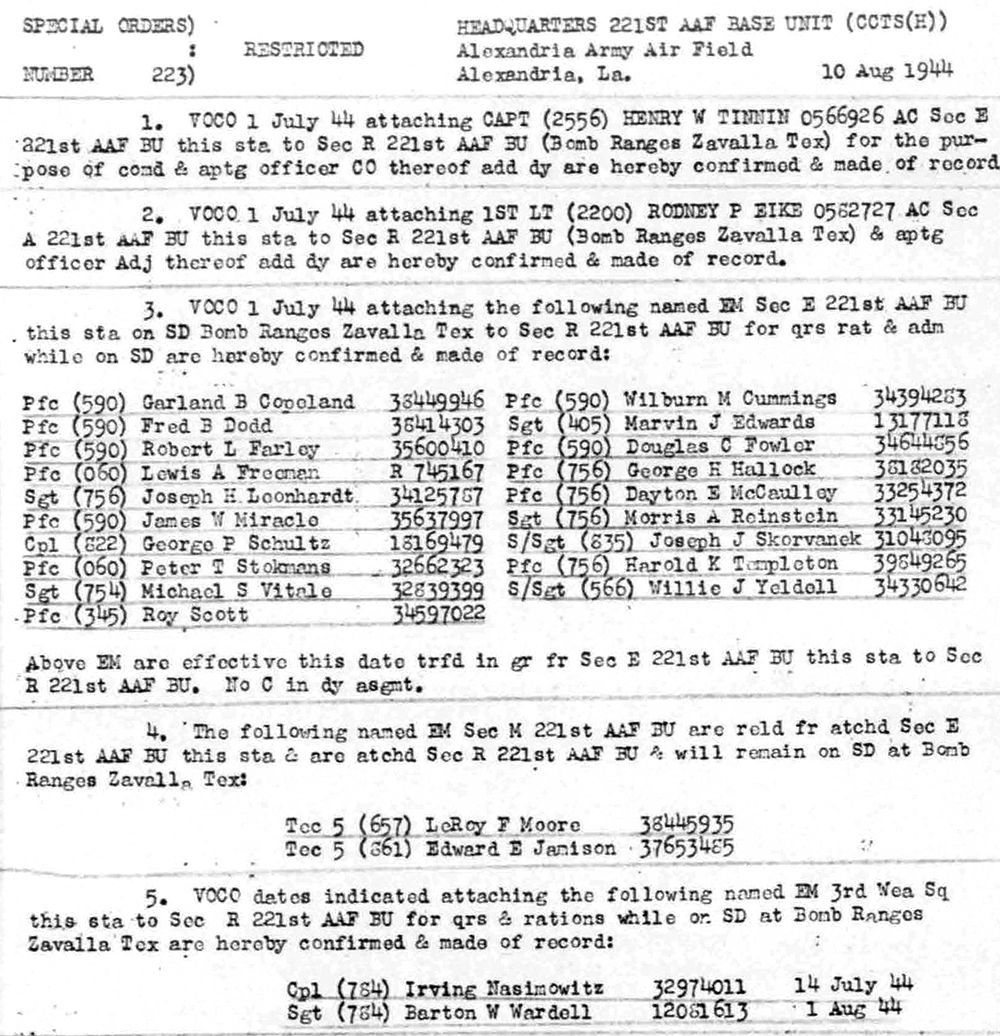 Do you recognize any of these names? Orders assigning servicemen to Boykin Springs.

Do you recognize any of these names? Orders assigning servicemen to Boykin Springs.

During World War II, one of the greatest, and perhaps less known, threats to American national security was the vulnerability of the nation’s forests.

In Europe and Asia, the effects of incendiary bombing — and the ensuing inferno — demonstrated that while bombs wrought death and destruction, the secondary fires they created were even more lethal. The historic German town of Dresden serves as one example. The ensuing fire (post-bombing) caused superheated air to rise, creating a vacuum on the ground that “ripped trees out of the ground” and “sucked people into the flames.”

In 1944, the iconic “Smokey Bear” mascot, initially supported by Walt Disney’s ‘‘Bambi’’ characters, was not born out of a warmhearted, environmental concern for wildlife. It was a national defense strategy as the U.S. government realized it was ill-equipped to fight a major forest fire.

The slogan “Only you can prevent forest fires” came about after a Japanese submarine shelled a California oilfield adjacent to the Los Padres National Forest. Additionally during the war, the Japanese developed the first “intercontinental weapon” using fire balloons and released more than 3,000 of these incendiary bombs into the high-altitude jet stream with the intention of starting forest fires (approximately 300 made it to the United States).

So while the majority of American forests (federal, state and private) were unprotected, the Angelina Pineywoods in contrast, boasted its own unique firefighting “quick reaction force.” Camped at the Boykin Springs enclave to ensure fires caused by B-17 bombs did not spread, the officer-led team of 24 enlisted men performed admirably and served as a precursor to forest fire suppression as we know it today.

The Forest Service, along with soldiers from Pyote Army Airfield in West Texas, helped settle the range personnel at the former Civilian Conservation Corps camp. The greatest fire concern came primarily from the air-to-ground targets, and the service members stayed busy — especially during the dry summer and fall months.

Not soon after the opening of the range in mid-1943, the commanding officer reported to the Alexandria Field leadership, “The duties of the Boykin Springs men are not confined solely to the operation of the ranges, but due to grossly inaccurate bombing and other causes, there is an average of one to two forest fires weekly.”

Often after a fire was contained, the tired men would return to camp for a cold-water clean-up, only to be called back out again to fight another flare-up.

In August the following year, the dry, hot weather contributed to so many fires that all available range personnel (administrative clerks, radio operators, cooks and mechanics) became newly minted firefighters.

In a report to headquarters, the range officer tiredly noted, “This month the cry ‘fire!’ was the monotonous sound heard at the bomb range detachment.”

More than 19 fires were contained in August alone, and the situation remained dire throughout the year. By November, the men were still fighting six active fires near Zavalla. At times the fires grew so intense, the ranges were closed to flying training.

As the war in Europe ended in May 1945, the Boykin Springs ranges began to transition from supporting B-17 bombers to the newer, longer-range B-29 Superfortresses. But even as military engineers rigged the Texas targets with advanced B-29 “sonic bomb scoring” equipment, the men had to simultaneously battle the constant flare-ups.

It was not until the final victory over Japan and the eventual closing of the range in August 1945 that the around-the-clock firefighting operations ceased. In a final assessment, the Boykin Springs men performed commendably in spite of the remoteness and isolation.

In a final memo from the range commander to his higher-ups at Alexandria, he proudly reported, “Very little merchantable timber was lost to fires in the Angelina forests.”

Today, besides an overgrown landing strip and a few concrete foundations, scant evidence remains of the military encampment, but the soldiers-turned-firefighters helped influence a new era. These sergeants, corporals and privates exemplified the future of fire suppression as Americans returned from war and surplus military equipment became available.

However, it should be remembered, in the East Texas timberlands, sooty-faced and at times bone-weary soldiers of the Boykin Springs ranges not only faithfully protected public and private forests, but also foretold the future of American and Pineywoods firefighting.

Col. Eddie Boxx, USAF (ret) is writer for the Heritage Village Museum in Woodville, and is currently working on a book: ‘‘Bayou Bombers: The Untold Story of B-17 Aircrews in East Texas.’’