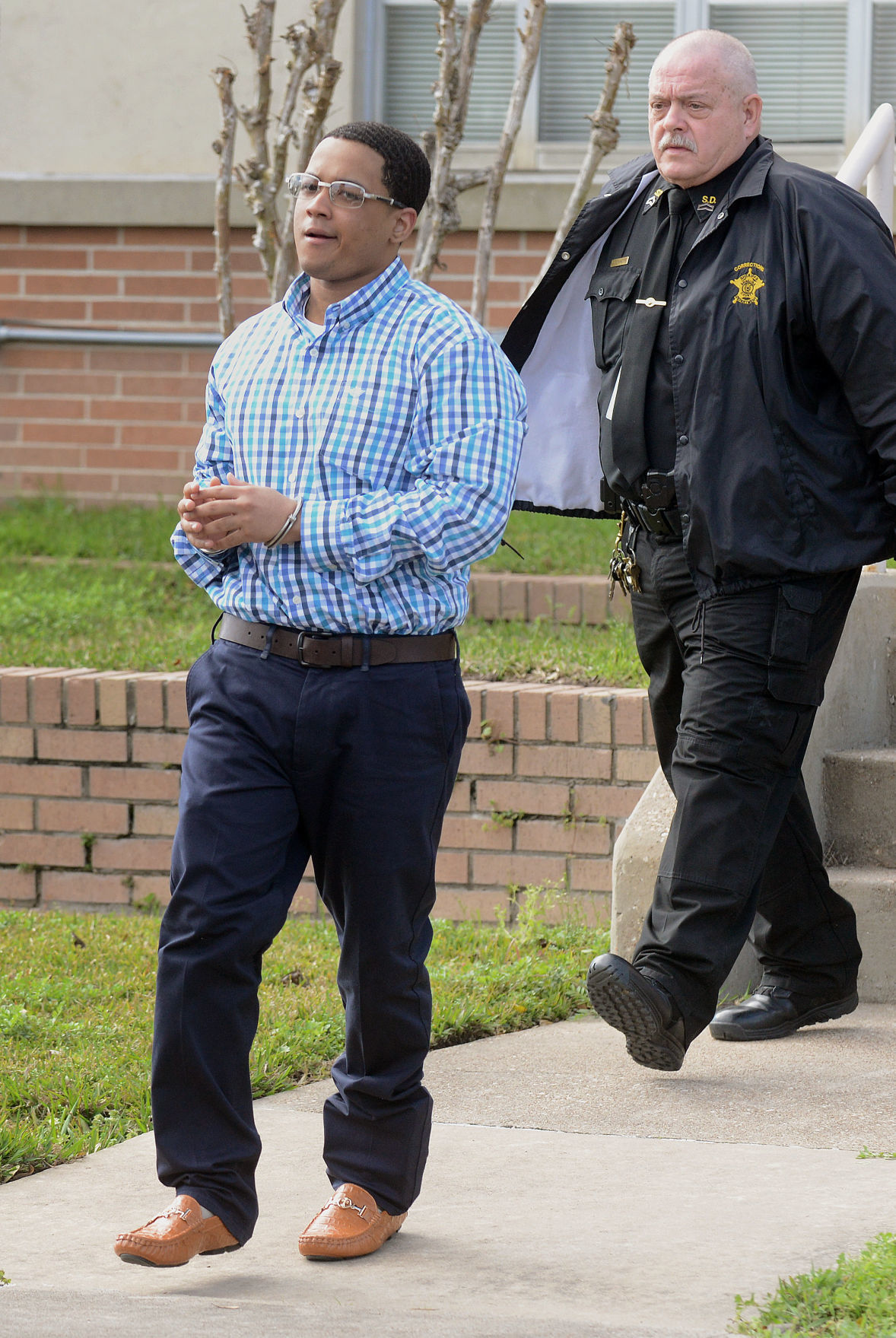 Cedarrius Blake is escorted from the Angelina County Courthouse after being sentenced to 70 years in prison for murder Thursday. 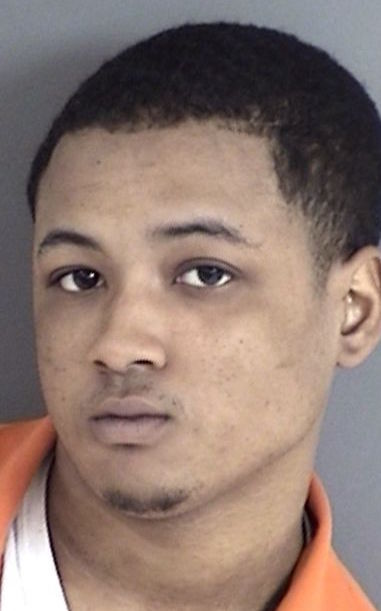 An Angelina County jury has sentenced Cedarrius Blake to 70 years in prison for murder.

Blake, 20, previously pleaded guilty on Dec. 19, 2019, before state District Judge Paul White to shooting and killing Tresten Gray, 26, with whom he had a prior relationship, on Dec. 24, 2017. During his plea, Blake chose to let a jury determine his punishment.

The jury found Blake did not prove he acted in sudden passion, which would have lowered his punishment range to a two to 20 year prison sentence as opposed to five to 99 or life.

Ultimately, the jury decided on Blake’s 70-year sentence after about five hours of deliberations. He remained in the Angelina County Jail Thursday afternoon while awaiting transfer to prison.

White told Blake he still had the right to appeal the punishment trial.

Blake’s sentencing trial began Feb. 4. Testimony was heard from friends and family of Gray and Blake, as well as law enforcement officials and experts who evaluated Blake’s mental health and childhood, among others.

The defendant had a harsh upbringing in his youth; he both witnessed and experienced abuse and had drugs present in his life from an early age. In his teens he began to sell drugs himself and established his relationship with Gray at the age of 15. Gray’s sister said he had lied to them about his age and claimed he was 22 at the time.

Eventually, Gray and Blake broke up but remained in contact. He had a key to her apartment. The day of her death, he walked in and found her with another man. Later, he shot and killed her on Tripletree Street after arranging to meet with her there.

Blake said he blacked out just before the shooting after she called him by the name of the man he found her with. Testimony indicated he told his father he shot her multiple times then saw she was still breathing and shot her more.

Members of Blake’s family told the authorities he had confessed to the crime. Later in custody, he gave a confession to former Angelina County Sheriff’s Office Lt. Brett Maisel.

Blake expressed remorse for the killing during interviews and in the trial. Numerous members of Gray’s family, including her parents, sisters and son, gave victim impact statements following the sentencing and expressed the difficulties they’ve faced since Gray’s death.

“The loss of my daughter Tresten Gray has been nothing but pain and grief,” said Trina King, Gray’s mother. “As I sit and try to put into words my heart aches.

“As (her son) cries and says, ‘I miss my mom,’ it tears me up inside. … My heart hurts when he comes home from school and the class work assignment was to tell the class about his family. To draw the family, and he has to reflect back that he has no mother. She was taken from him by a selfish act. He comes home to tell me he’s sad.

“I would have given anything to hear her voice and see her smile once more. Instead I visit her grave. At her grave is silence, a silence brought on by one man’s selfish act.

“Our lives would never be the same. Only God has the right to give and take life. Not Cedarrius Blake. My ruling would be a life for a life.“