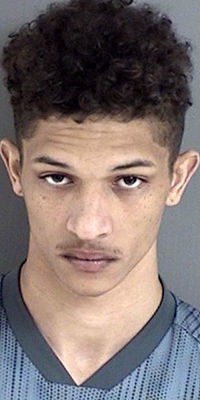 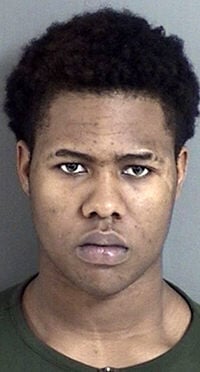 Two suspects in the burglary of both Lufkin’s Target and the Sprint store earlier this month have been arrested.

David Wesley Flemming, 19, of Lufkin, and Mark Newman, 17, also of Lufkin, face charges of engaging in organized criminal activity. Lufkin police arrested both men on Jan. 17. Flemming remains in the Angelina County Jail at this time with no bond set for his charge. Newman posted bond Tuesday.

Officers responded to a burglary at Lufkin’s Sprint store on Jan. 6 and a second burglary at Lufkin’s Target earlier in the month. In both burglaries, surveillance cameras caught footage of two suspects, believed to be the same in both robberies, stealing electronics from the stores, the warrant for Flemming’s arrest states.

Crime Stoppers published parts of the surveillance videos from Target and Sprint and received numerous tips that implicated Flemming and Newman, as well as a third suspect that has not yet been arrested.

On Jan. 8, another burglary occurred at the AT&T store in Nacogdoches, Flemming’s affidavit states. Officers began to confront the suspects in case the acts were related.

The mother of the third suspect who has not been arrested said her son had been in trouble lately, according to the affidavit. She knew little of the burglaries, but did tell officers about her son’s vehicle, which matched the vehicle used in the Sprint burglary. She also added that her son snuck away from home late the night before the Nacogdoches burglary.

The investigating officer later spoke to the suspect himself, who denied leaving home that night or being near the Sprint store at any point the night of that burglary, the affidavit states.

As the investigation continued, Flemming’s juvenile girlfriend was placed under arrest by the local Juvenile Detention Center for a matter that is undisclosed in the arrest warrant. The investigating officer spoke with her briefly and received consent to take her phone into possession.

During a subsequent interview, Flemming’s girlfriend said she knew about the plans to rob the Sprint store, and that Flemming needed more than $1,000 for bond in a different matter. She identified Newman as well as the third suspect and said the three of them attempted to rob a drug dealer that same night, according to the affidavit.

Additionally, she said Flemming was not involved in the Target burglary as he was incarcerated in Nacogdoches until Jan. 4. Instead, she implicated a fourth individual, the affidavit states.

Newman also denied involvement in the burglaries at first, but did implicate Flemming during a phone interview. Later, Newman spoke with police at the station and admitted to being one of the suspects in the surveillance footage and identified himself as the suspect carrying a sledgehammer in the Sprint store footage, the affidavit states. He identified the other man in the footage as the third suspect and said Flemming provided their disguises.

Newman also denied knowing who committed the burglary in Nacogdoches on Jan. 8, but did say Flemming told him he was going to hit an AT&T store that was out of town in the next day or so, according to the affidavit. Additionally, Newman said he did not help sell any of the stolen phones, but knew the property went to Houston and that someone profited $4,000 from the stolen goods.