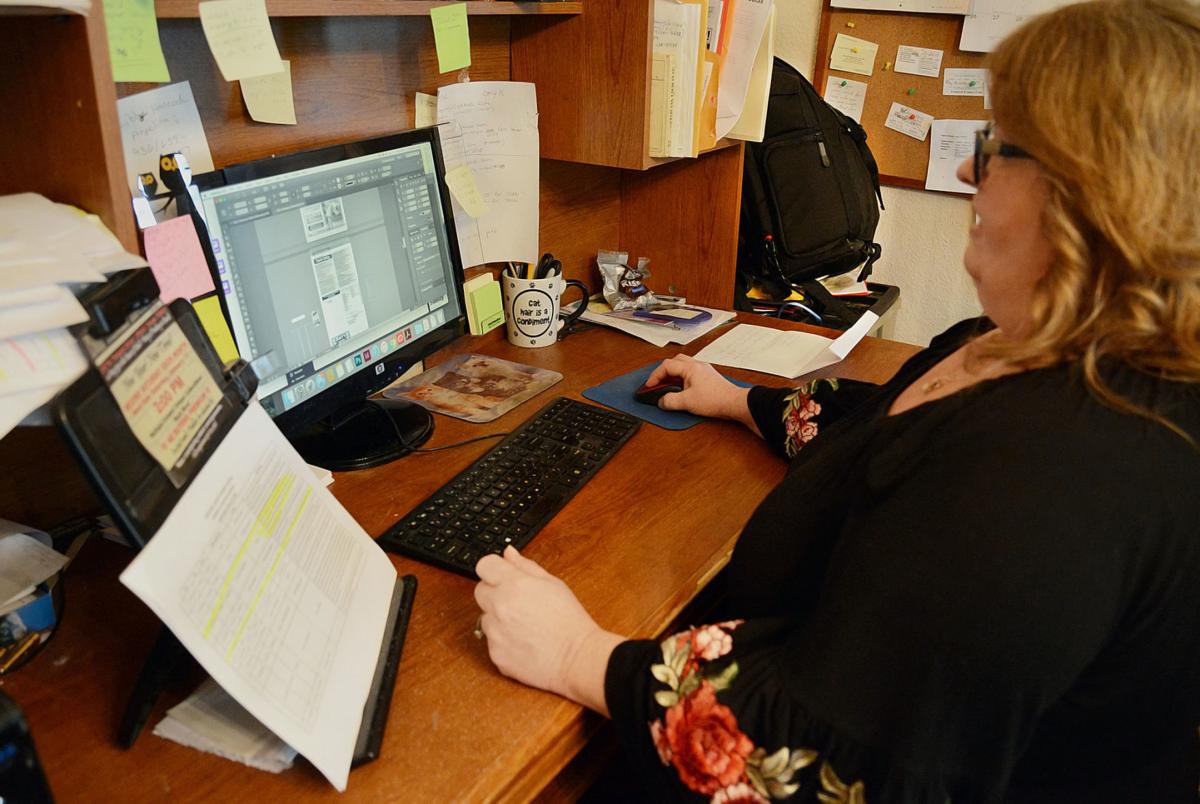 Karolyn Klaes lays out pages for The Huntington Herald from her home. The now nearly three-decade-old free monthly publication highlights news and events from the surrounding area. 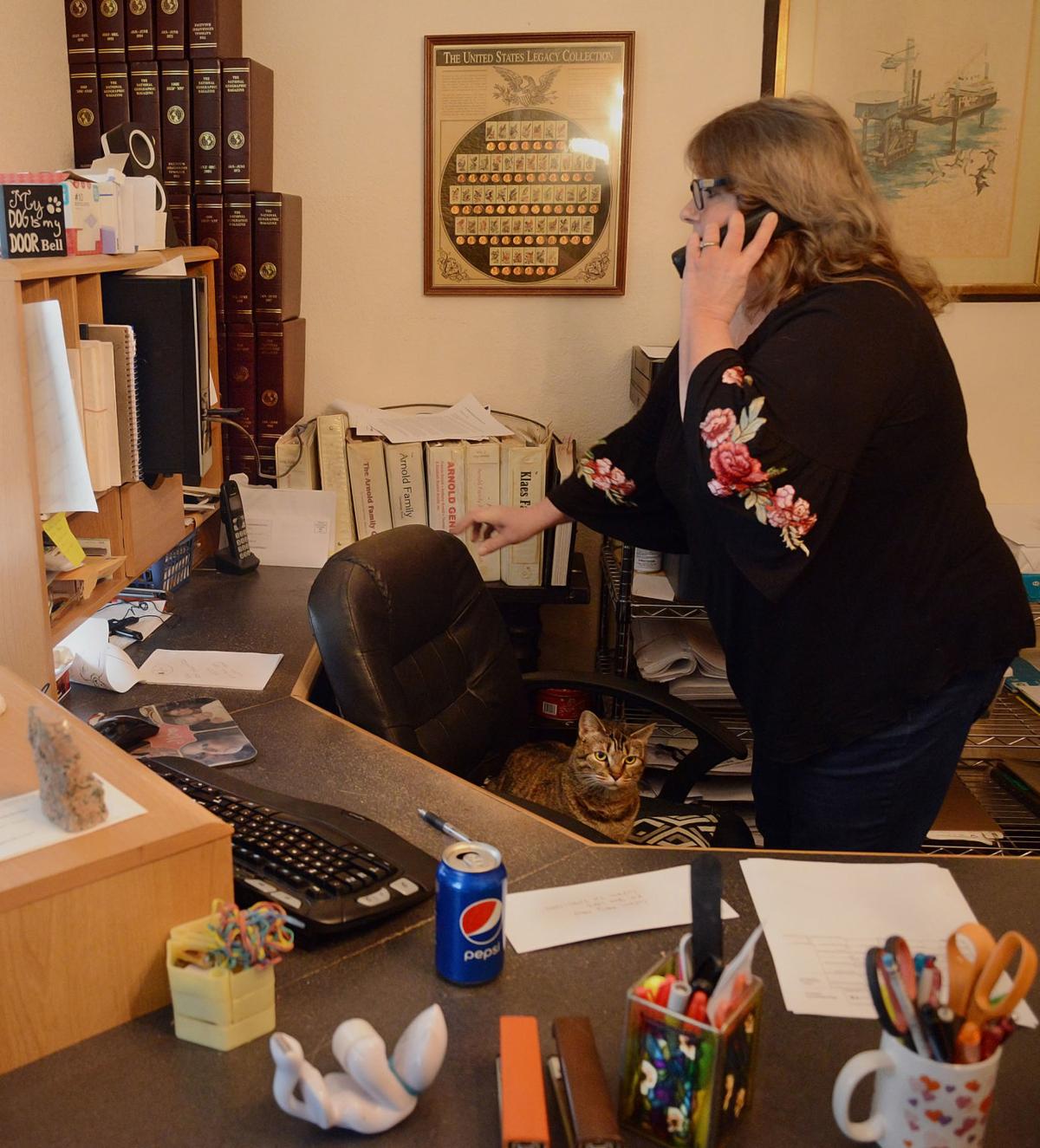 Karolyn Klaes publishes The Huntington Herald from her home.

Karolyn Klaes lays out pages for The Huntington Herald from her home. The now nearly three-decade-old free monthly publication highlights news and events from the surrounding area.

Karolyn Klaes publishes The Huntington Herald from her home.

HUNTINGTON — The Huntington Herald is the latest in a long line of newspapers throughout the city’s history, beginning in 1911 with the Huntington Messenger.

The city has been home to several newspapers and publishers in its 120 years of existence. Those included the Huntington Messenger, the Angelina County News and the Huntington Weekly News, according to the The History Center in Diboll.

The now nearly three-decade-old free monthly publication highlights news and events from the surrounding area over the past month using money earned from local advertisers.

“You have to go out in the world and see what it’s like out there to realize that what you have at home is really, very, very good. It’s unique and that’s what my newspaper highlights — the best that communities have to offer,” said Karolyn Klaes, the editor, owner and operator of the Huntington Herald.

“This newspaper lets everyone know what’s going on. Business-wise, personal-wise, I even have little gossip columns. … People love it.”

Klaes, a California native but longtime Huntington resident, took over operations after her mother Jackie Kunkel, who rebooted the paper in 1991, died in 2018.

“We left (California) in 1990. I wanted some place where I could breathe the air, drink the water and let my kids go outside and play without worrying about them being abducted,” Klaes said.

Klaes and her family first attempted to move to Austin, but found that there were too many Californians. Klaes and Kunkel were certified typesetters and had been in the printing business, but with the growing usage of computers in the 1990s, they didn’t know where they’d work, she said.

Klaes’ father got a job with Lufkin Printing, so the family moved to Huntington to keep him close to his job. When they got into town, Klaes and Kunkel realized that Huntington didn’t have a newspaper and that it may be something they could do.

After more than a decade, Kunkel began struggling to produce a regular paper. As a result, people became used to not having one, so Klaes — who had left some years earlier to run the Tobacco Barn — came back and helped her mom get the paper up and running again.

The paper reaches thousands across the county, but especially in the southern end, where most of her contributors come from. She even ships editions across the country to people who’ve moved away from the small town but that still want to be a part of it.