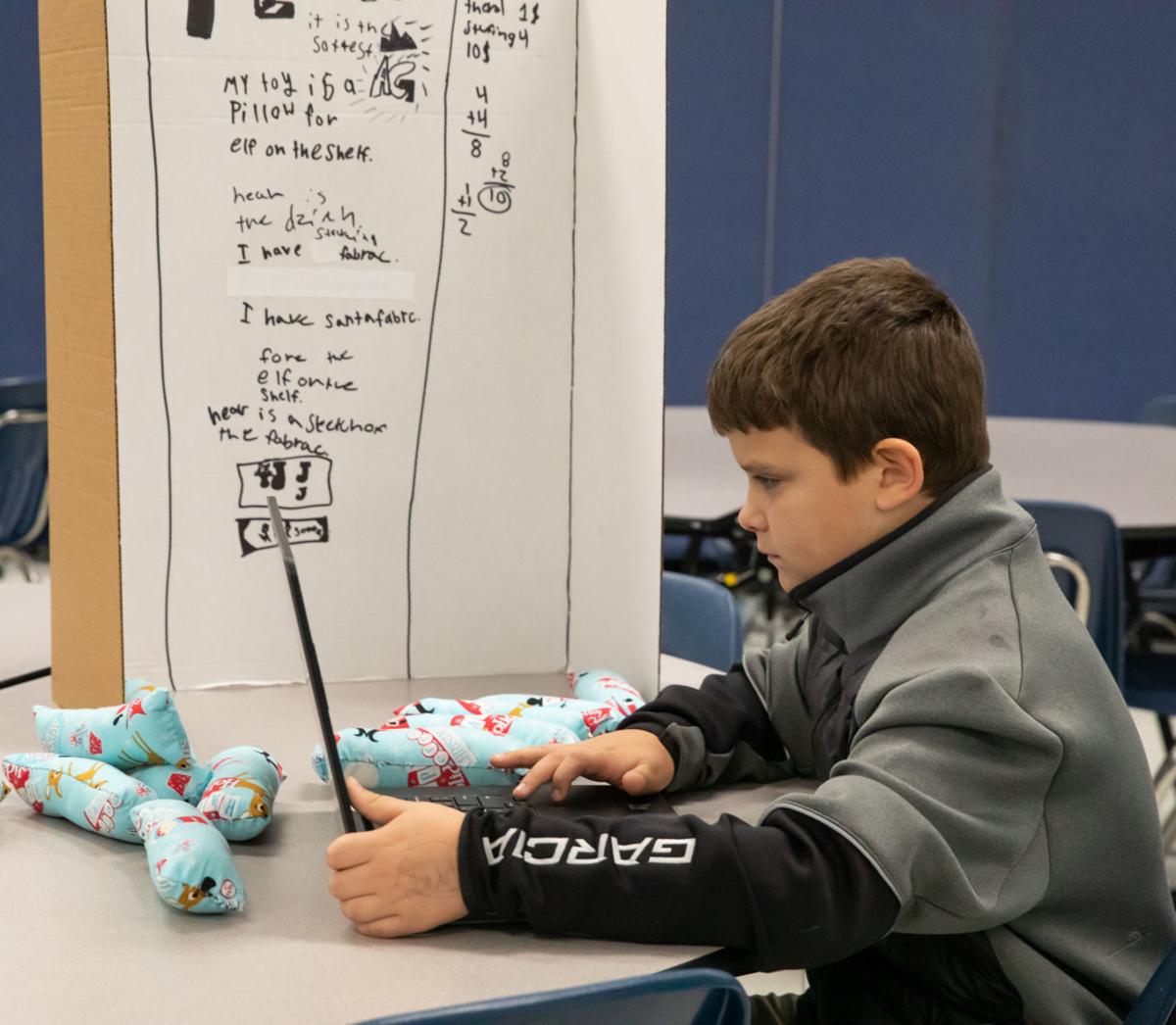 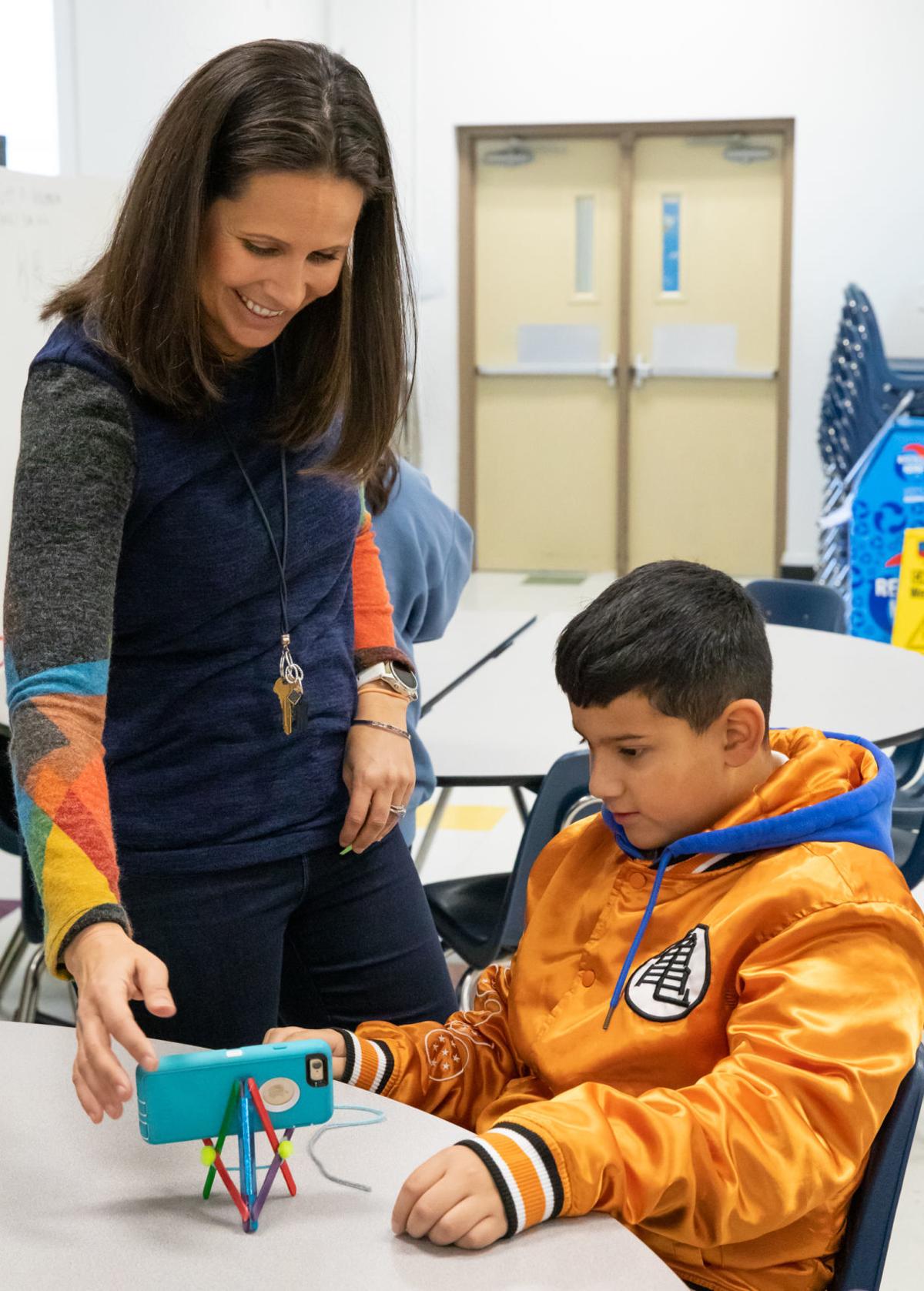 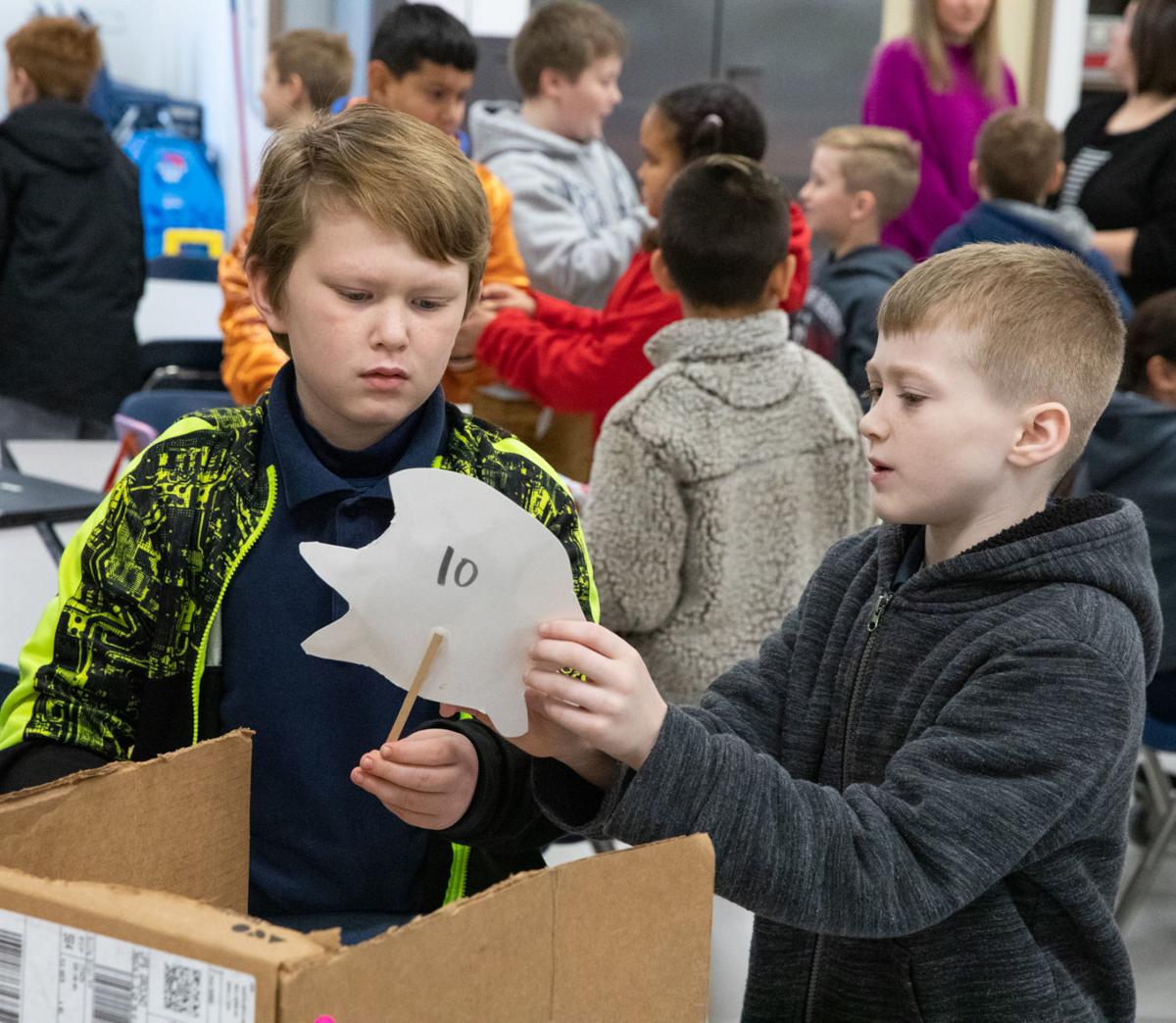 Third-grader Laine Adams shows Logan Gains his bug puppet/fan that he was selling as part of Pineywoods Community Academy’s Business Fair before their Christmas break.

Third-grader Laine Adams shows Logan Gains his bug puppet/fan that he was selling as part of Pineywoods Community Academy’s Business Fair before their Christmas break.

Students at Pineywoods Community Academy learned about the world of commerce during the Business Fair.

Third-grade gifted and talented students came up with an idea for a product, created it and gave a presentation to classmates and parents at the end of the semester.

“Their unit of study was building a business, and this allowed them to go through the process of supply and demand and actually market and sell their product,” teacher Breanna Noble said.

Some students learned about supply and demand when they ran out of products, and every student had to count and manage their money throughout the fair. They also learned about public speaking through their presentations.

Delilah Moreno created Pokémon bracelets to sell at her booth.

“I came up with this idea because I wanted to find something that people would like that I would like because I would buy a toy with Pokémon,” Delilah said. “I turned it into a bracelet that boys and girls could wear.”

Before the last class came to see their booths, she only had bracelets for Horsey, Poliwag, Magnemite and Weedle left.

Kami Burke decorated ornaments from the inside out to sell at her booth she called Cubo Toys. She sold the ornaments for $1, and she ended up with $10.

“It felt cool people wanted to buy them,” Kami said. “I was a little nervous that nobody would buy them, but it turns out I already got $10.”

Logan Goins was passionate about his bug fans/puppets. While it wasn’t his original idea, he said it turned out cool.

“I made 13 bugs,” Logan said. “I colored them, and I think I colored them right. I colored all the ones with wings, and I put white over the lines and then took a gray and put it over everything else.”

He said it felt really cool to actually be selling something because it was probably the only time he would be able to do that.

Third-graders Adrian Orta and Jaxon Scott visited the booths together. They said they thought it was pretty cool.

“I really liked all of them,” Jaxon said. “They were pretty awesome.”

They both said they liked the Pokémon bracelet booth. Jaxon said he wouldn’t have even thought about that idea.

“I think it’s awesome because you can find things you’ve not known about,” Adrian said.

They said they would probably be interested in trying this one day. Jaxon said his invention would be about dinosaurs, and Adrian said he would want to make pillows for dogs and people to use.