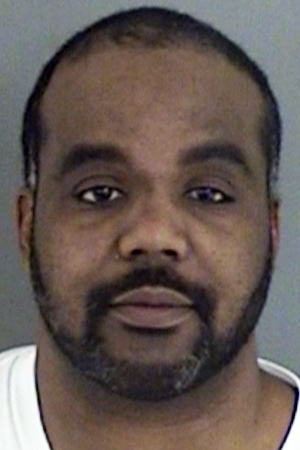 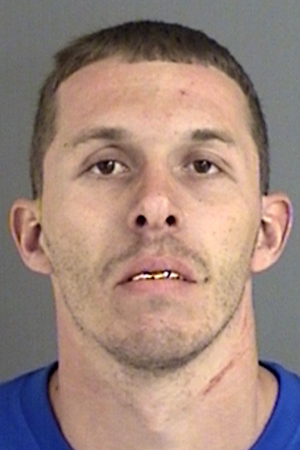 Lufkin Police arrested Kelvin Mitchell, 33, on a charge of driving while intoxicated (2nd) late Saturday night in the 200 block of Lavan Avenue when the vehicle he was driving left the roadway and collided with a tree, according to the police department.

Mitchell was released from the Angelina County Jail on a $1,500 bond, according to jail records.

Dameon Dewayne Hooper, 30, was arrested Saturday afternoon on outstanding warrants and a charge of possession of drug paraphernalia. He was charged with engaging in criminal activity, failure to report change of address, failure to control speed, violate promise to appear, operating unregistered motor vehicle, inspection violation and failure to maintain financial responsibility on a commercial vehicle. He remained in jail Sunday afternoon on $13,500 in bonds.

Jonathan Christopher Clopp, 25, was arrested on a charge of theft Saturday afternoon in the 2900 block of South John Redditt Drive after a cell phone was reported stolen.

William Settler, 29, was arrested Saturday afternoon in the 700 block of Jones Street on a charge of public intoxication.

Sandra Sims, 49, was arrested Saturday afternoon in the 2500 block of Daniel McCall Drive on a charge of of public intoxication.

Cassandra Pegues, 44, was arrested in the 500 block of Cousart Street Saturday night on a charge of public intoxication.

A man told police that he had been shot with a shotgun Saturday night in the 300 block of Homer Boulevard, but upon further investigation, officers determined the injuries to be minor and not to have been caused by a firearm.

Criminal mischief was reported Sunday morning in the 700 block of Neches Street when someone a woman knows reportedly damaged or destroyed her printer.

Prescription fraud was reported Saturday night in the 1200 block of East Lufkin Avenue.

Family members discovered and reported a relative’s drug paraphernalia and drug components to police Saturday afternoon in the 1400 block of Sue Drive.

A weed eater was taken from an open garage between Tuesday and Saturday in the 1100 block of Henderson Street.

An unattended death was reported Saturday in the 1800 block of Sayers Street when a person with extensive health problems reportedly died overnight.

The Texas Department of Public Safety made two arrests between Saturday and Sunday. Arrests and charges included: Richard Dee Woods, 25, unlawful possession of a firearm by felon; and Eriberto Rodriguez,33, DWI.

The Hudson Police Department made two arrests between Saturday and Sunday. Arrests and charges included: Justin Morrison, 32, theft of property by check, possession of miscellaneous substance; and Jorge Moreno, 27, DWI.

The Texas Forest Service on Sunday morning arrested Kerry Scott Welch, 41, on a charge of possession of a controlled substance.

The Angelina County Jail housed 236 inmates as of 5 p.m. Sunday.