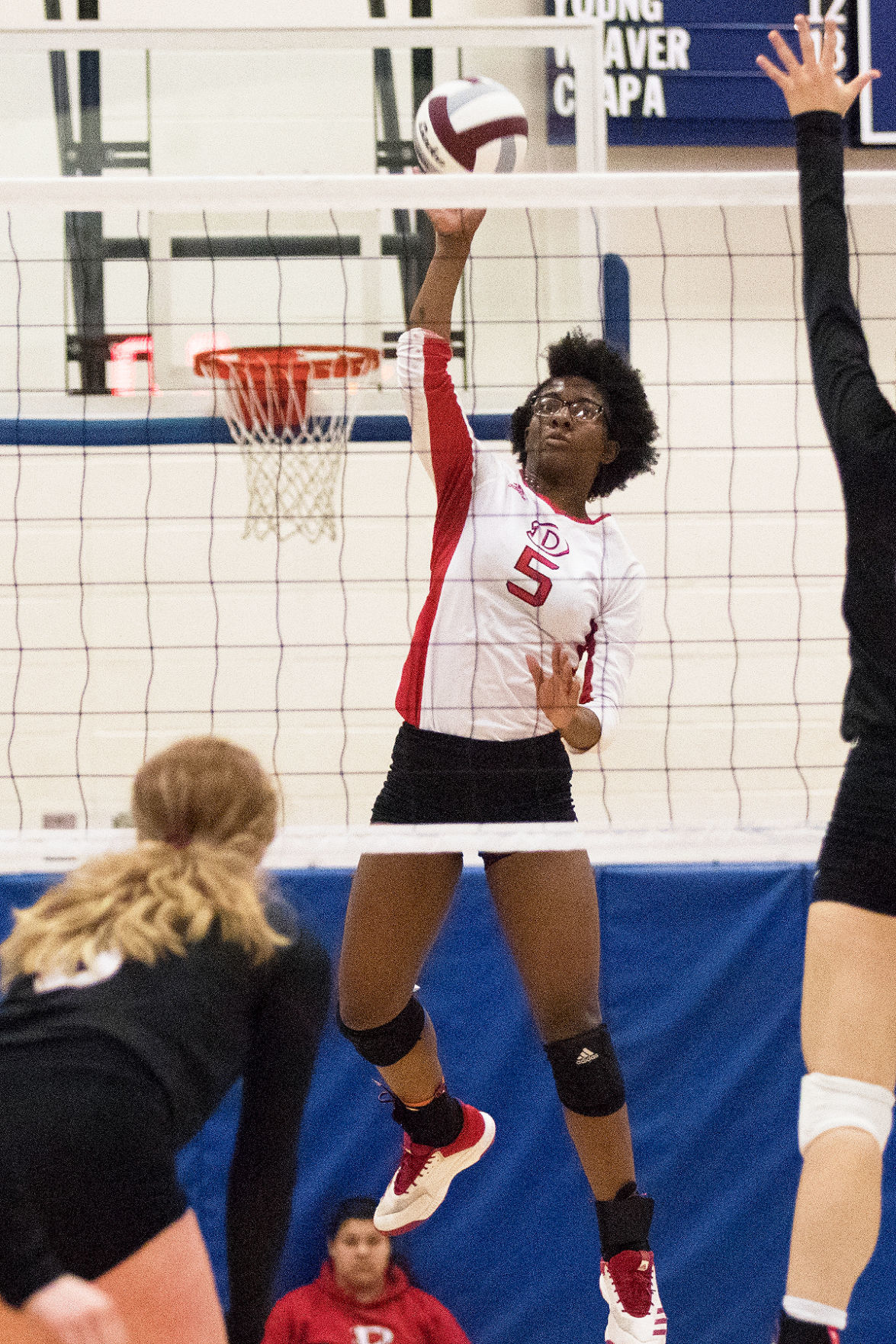 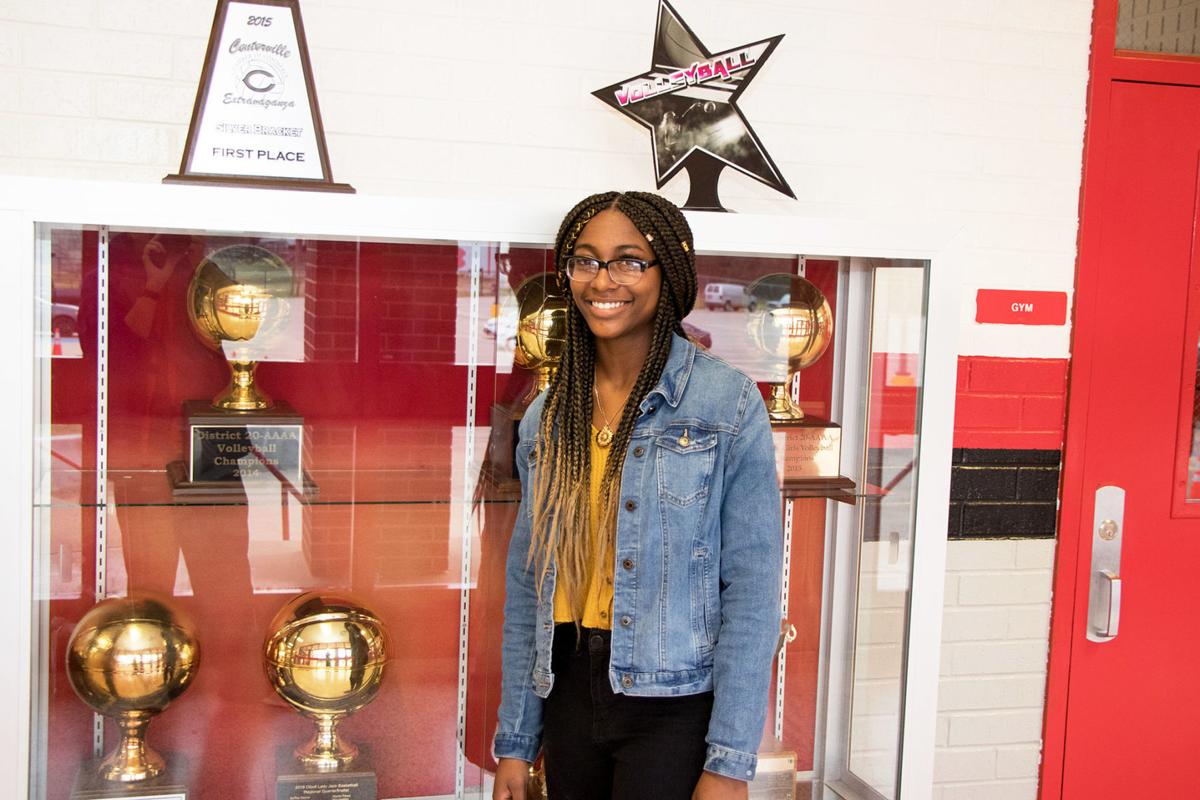 When volleyball coach Jeremy Stewart returned to Diboll after a brief hiatus, one of the first things he saw in a particular young player was “a phenomenal raw athlete who could run fast and jump high.”

The youngster was Helene Bolton, a player who was just beginning to develop her overall volleyball skills.

Two years later, Bolton has grown in leaps and bounds, with skills impressive enough to land her on the Texas Sports Writers Association third-team all-state list following the 2019 season — her third state-level award.

The all-state nod wasn’t Bolton’s only achievement. She earned Texas Girls Coaching Association all-state honors and was the District 21-3A Middle Blocker of the Year.

To add a little more icing on her still-baking cake, Bolton earned a spot on the TGCA All-Star team as one of 24 players in all of Class 1A-4A volleyball in Texas. Bolton is just the second Lady Jack to earn the honor since 2002.

Stewart said Bolton, currently a junior, benefited from a solid volleyball foundation laid by her first high school coach, Alejandra Compean, and through competing with the Elite Volleyball Club.

“Last year, we spent time cleaning up some of her fundamentals, building up that foundation, and this year, we were able to start to use that to really open up with some of the more advanced techniques that allowed her to really shine,” Stewart said. “She’s also a very cognitive player. She’s ranked top 10 in her class, so she is highly intelligent and is able to process information that allows her to succeed.”

Bolton first attempted volleyball in the fourth grade, and her lasting early memory isn’t necessarily one she’d want on a highlight reel.

“I’ll always remember because on my first day I knocked the ball all the way onto the roof,” Bolton said. “I don’t even know how that happened.”

By middle school, Bolton said, she began thinking more seriously of the sport.

“My friend Zayda (Perez) and I were talking about how we were going to the Olympics in volleyball,” Bolton said. “The sport just connected with me.

“Volleyball is a really beautiful sport. It brings you closer to your friends, and it helps you form connections. It lets you travel and experience things outside your normal life. It can lead to college opportunities as well.”

Bolton’s growth as a player didn’t come automatically. It took a combination of hard work and non-stop coaching for her to begin realizing her potential. Even after making All-State this year, Bolton already is watching film to see how she can improve for her senior season.

“I really wasn’t very good at volleyball at first,” Bolton said. “I had a hard time believing in myself, but Coach Stewart sat me down and let me know I could do this. He’s always supportive of whatever I’m doing.

“I feel like I still need to work on specific blocking skills. Swing blocking takes a lot of time, so I need to work more on static blocking. This year, I got better at getting off the net and transitioning to the ball. I wasn’t as good at that last year.”

Stewart said Bolton’s skill set also will require her to take on a bigger leadership role — not just because of her abilities, but also because of her status as a senior.

“Next year, she will be the focus of our offense, and we see her really being able to take ownership of that,” Stewart said. “This year, she had some outstanding teammates around her, so she didn’t have to carry that weight. But they will graduate this year, so next she will have to step up and carry the load while some of the younger or less experienced players get up to speed. We’ve worked on Helene hitting from spots all over the floor, and that will be big for her, including back row hitting.”

For her part, Bolton refuses to take sole credit for her rising success.

“Hitters don’t toss the ball up to themselves,” Bolton said. “My team was the only reason I was successful. Volleyball is a team game, and if you’re not really mentally into it, you’re going to lose. My teammates are so uplifting, so positive.

“I feel I have one of the best teams in the state. We’re all doing our part to make the team better, and that’s how teams win.”

Bolton is the daughter of Kendra Bray and Aaron Jackson, and Jimmy Bolton.