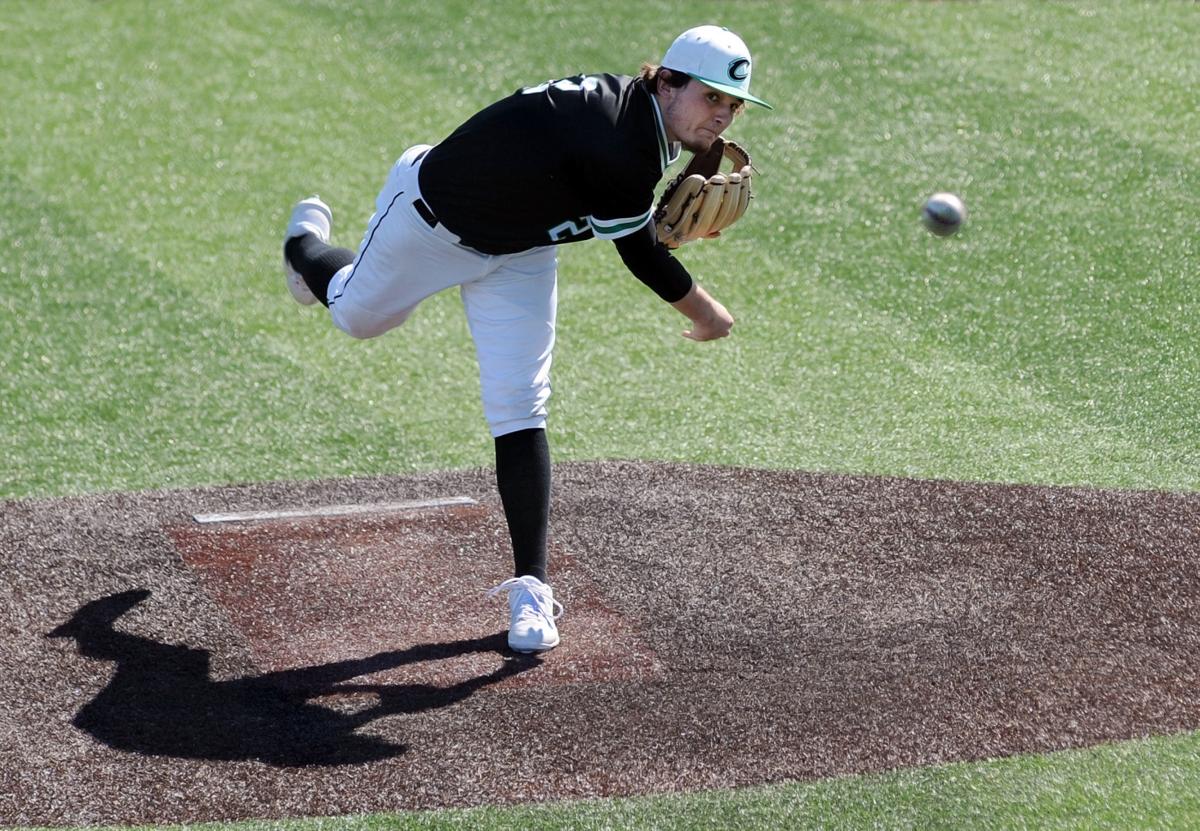 Central’s Dylan Cloonan pitches in a 6-0 win over Garrison in the Hudson tournament earlier this season. Cloonan threw four shutout innings in the win. 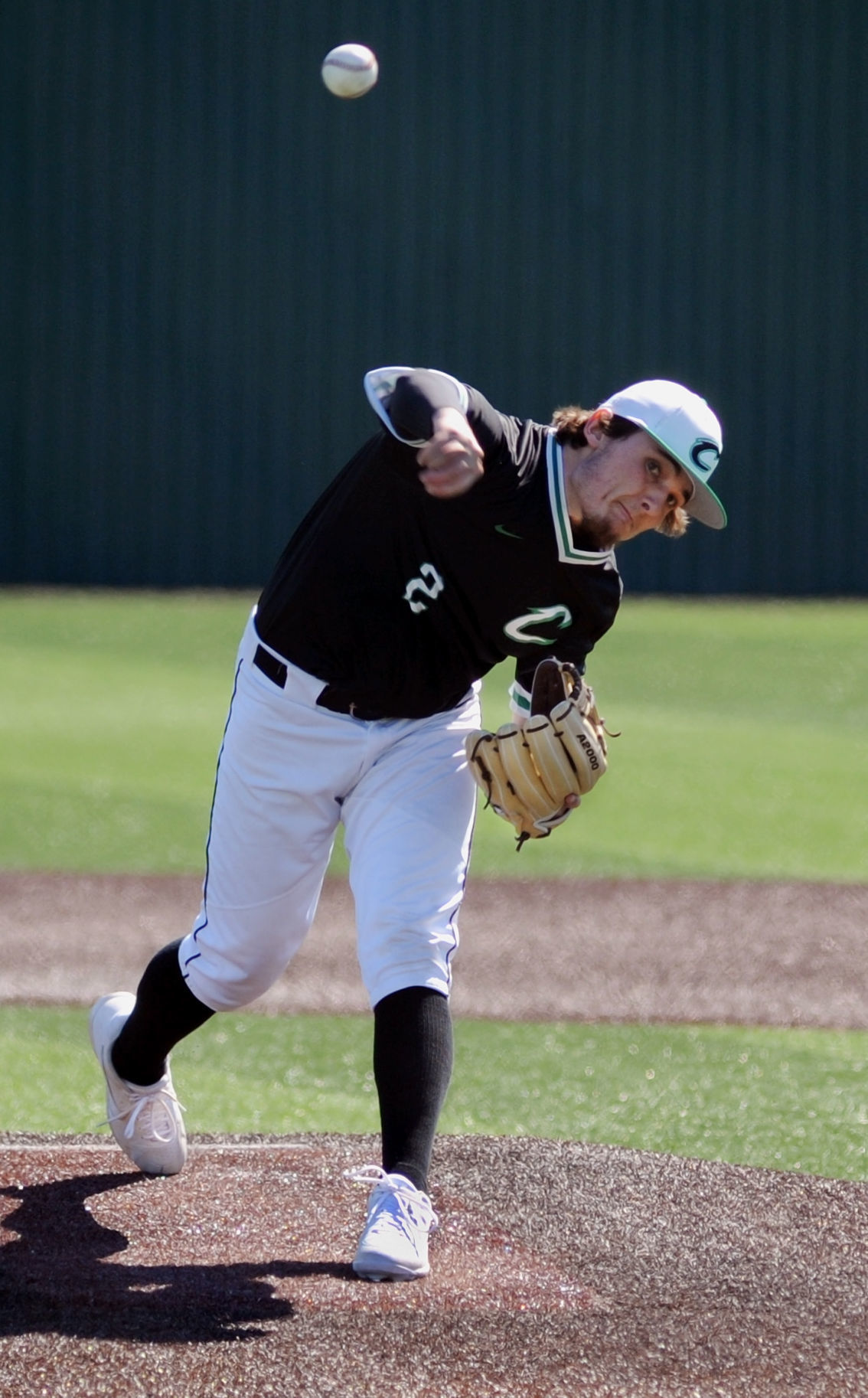 Central’s Dylan Cloonan fires a pitch to the plate during the recent Hudson tournament. Cloonan is a four-year starter for the Bulldogs.

Central’s Dylan Cloonan pitches in a 6-0 win over Garrison in the Hudson tournament earlier this season. Cloonan threw four shutout innings in the win.

Central’s Dylan Cloonan fires a pitch to the plate during the recent Hudson tournament. Cloonan is a four-year starter for the Bulldogs.

The pressure doesn’t come much higher when it comes to high school underclassmen. Matched up against Central Heights’ Grayson Rodriguez, Central’s Dylan Cloonan shared a bullpen with the future No. 11 pick in the MLB Draft.

It was a memory still fresh on his mind even years later.

“There were 30 scouts lined up right there,” Cloonan said. “I throw my first pitch, and I’m sure it went in there around 82. He throws his last pitch and probably fires it in around 97. By the time I throw my next pitch, the scouts are gone. Really, every single one of them was out of there.”

While Cloonan laughs off the scouts’ quick departure, he has drawn plenty of attention of his own in what has turned into a spectacular Central career.

Now a senior, Cloonan has been an integral part of the team’s success since starting as a freshman. He is a four-year starter at pitcher, shortstop and second base.

“For me, playing in Central was always a huge thing for me,” Cloonan said. “I’d go watch the varsity games even when I was in junior high. When I got on the team, I wanted to make sure I made the most of it.”

Saying he made the most of it would be quite an understatement.

As a freshman, he stepped in as a starting pitcher and second baseman. He made the move to shortstop after an injury and has been a consistent force there ever since.

As a freshman, he helped Central to a run to the third round of the playoffs. The team matched that mark while he once again impressed in an impressive sophomore season.

In last year’s historic five-round run that ended one step shy of state, Cloonan was at his best with five wins and a save in the playoffs. In sending the team to the regional finals, he had an impressive 51-pitch complete game followed by a save the next day in a sweep of Troy.

“With it being my fourth year on the varsity, I kind of feel like I’ve almost seen it all,” Cloonan said. “Even when we’re in the fifth round of the playoffs, I know I’ve seen better pitching because I went up against (Rodriguez) so many times. Having that experience really helps out. Hopefully we can get another shot at it this year.”

That type of mindset, mixed with plenty of talent and hard work, make Cloonan a coach’s dream. In his first season as head coach at Central, T.J. Watkins said he has been impressed by what he saw out of the senior leader.

“He’s a hard-working kid and someone you can rely on in tight spots whether it’s on offense or defense,” Watkins said. “He’s been a leadoff hitter, so he really does it all.”

Cloonan also has the type of competitive streak in which he won’t back down from any challenge. He matched up with Rodriguez in a trio of pitching duels in his career.

He left in a 1-1 game in one appearance and threw a complete game in a 2-1 loss later.

Not one for moral victories, Cloonan admits he was after the win but also said it showed exactly what he was capable of.

A two-sport athlete, Cloonan is also no slouch on the basketball court, where he was a second-team all-district player for the Bulldogs this past season. That came after an all-state performance on the baseball field as a junior.

Following this season, Cloonan is looking at his options of continuing his playing career on the baseball diamond.

Regardless of where he lands, Cloonan is sure to make opponents recognize him even if the scouts didn’t a few years ago.

“I just want to go out there and compete,” Cloonan said. “Baseball is such a mental game because the best players to ever do it get out seven out of 10 times. I just keep my head in the game and keep working. The results usually come after that.”