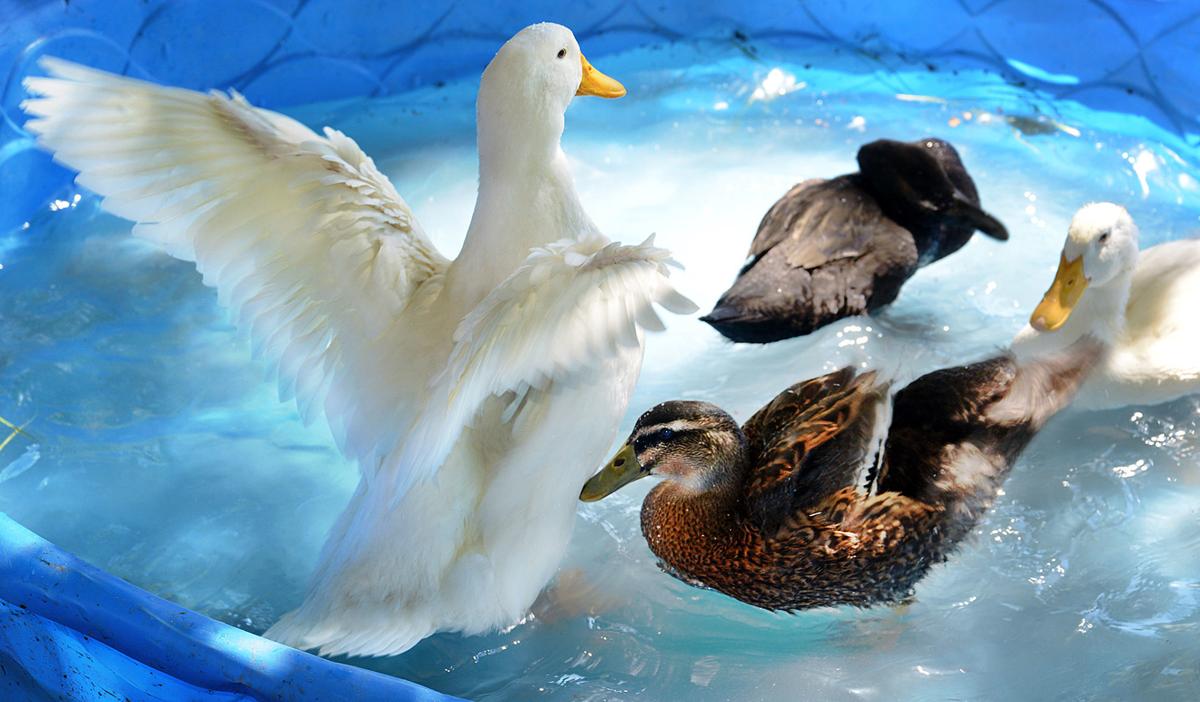 Some friends asked if a couple of ducks they were raising could come live on the Merrells’ pond when they grew up, and they agreed. 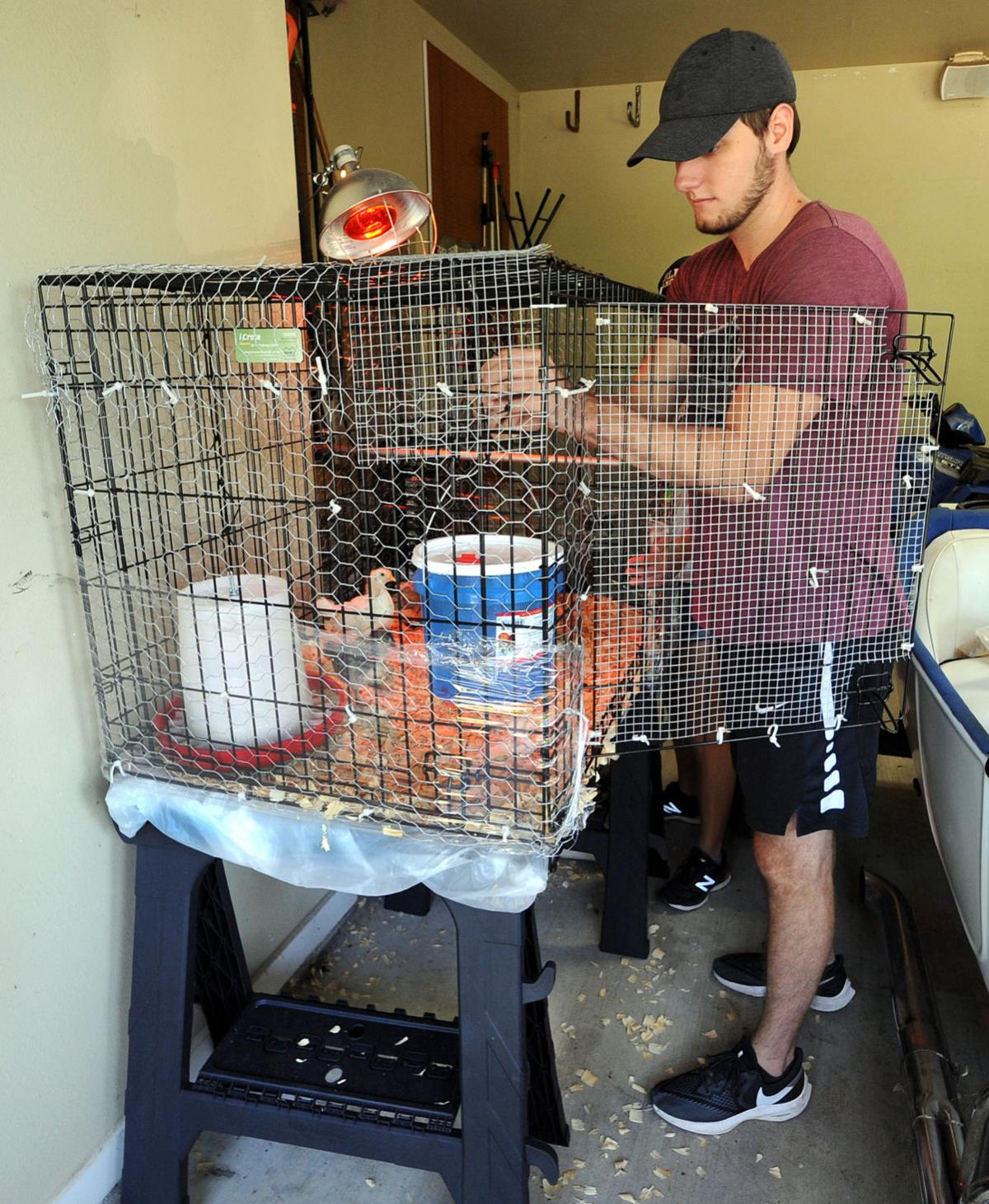 Chase Merrell picked up a load of chicks from a local feed store. The chicks are living in a small kennel in the garage until they are bigger. 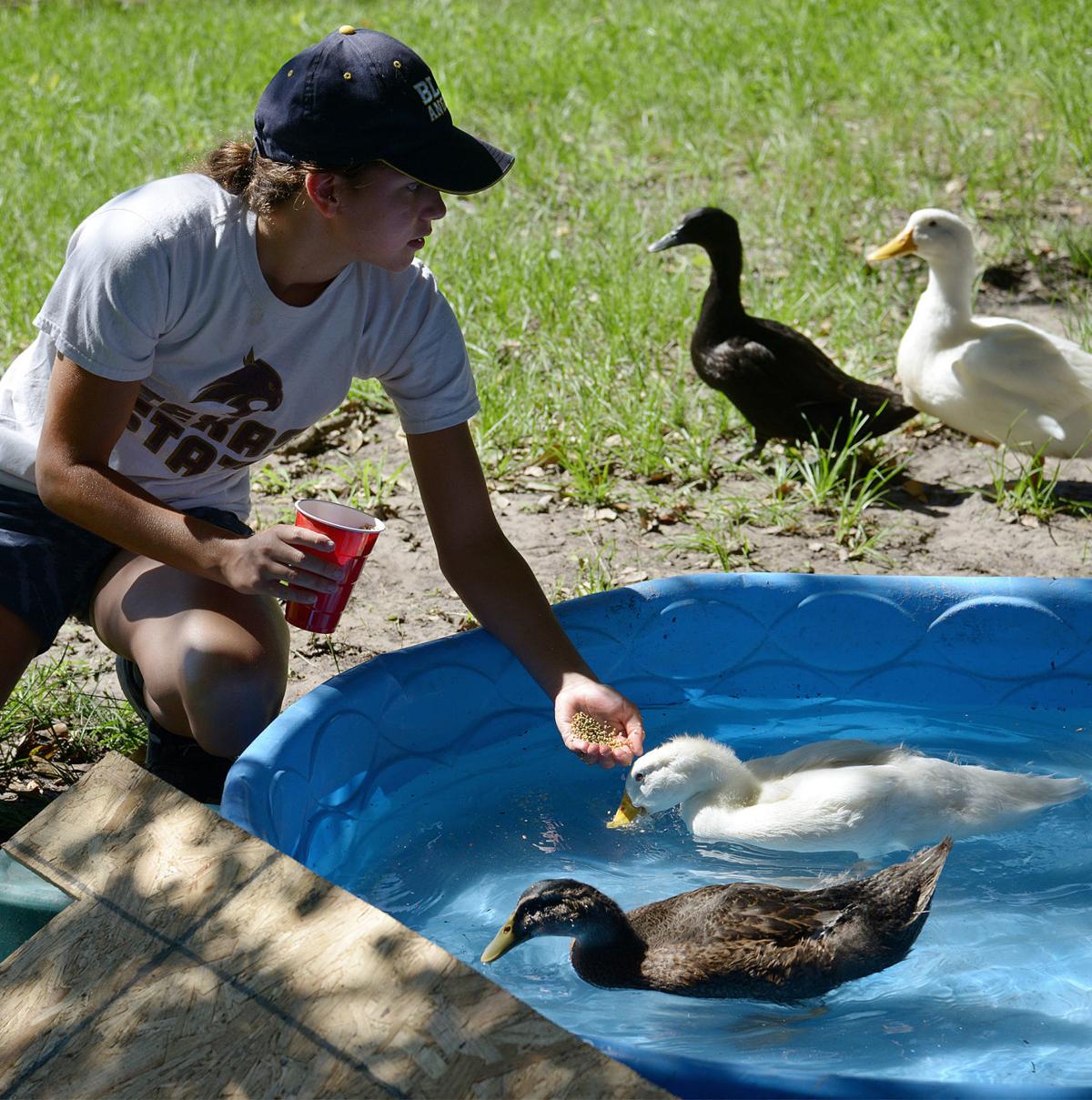 Cullen Merrell feeds the ducks on their farm. 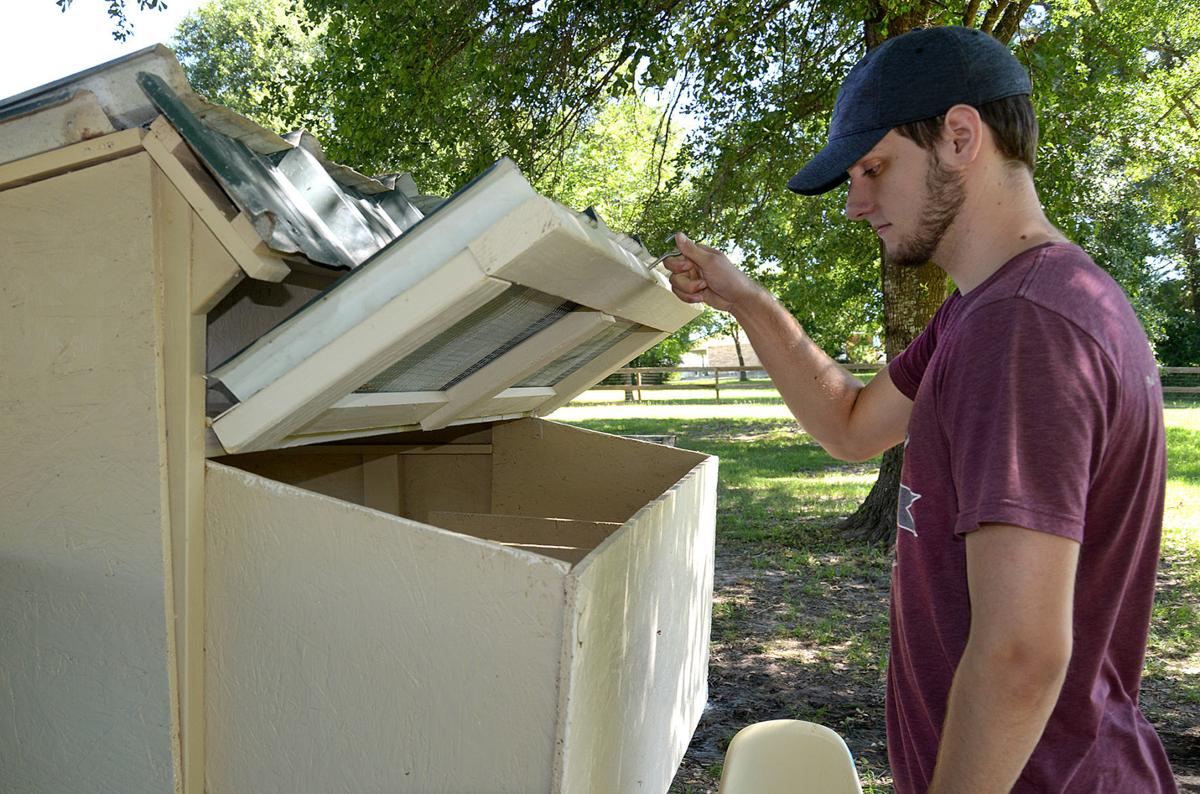 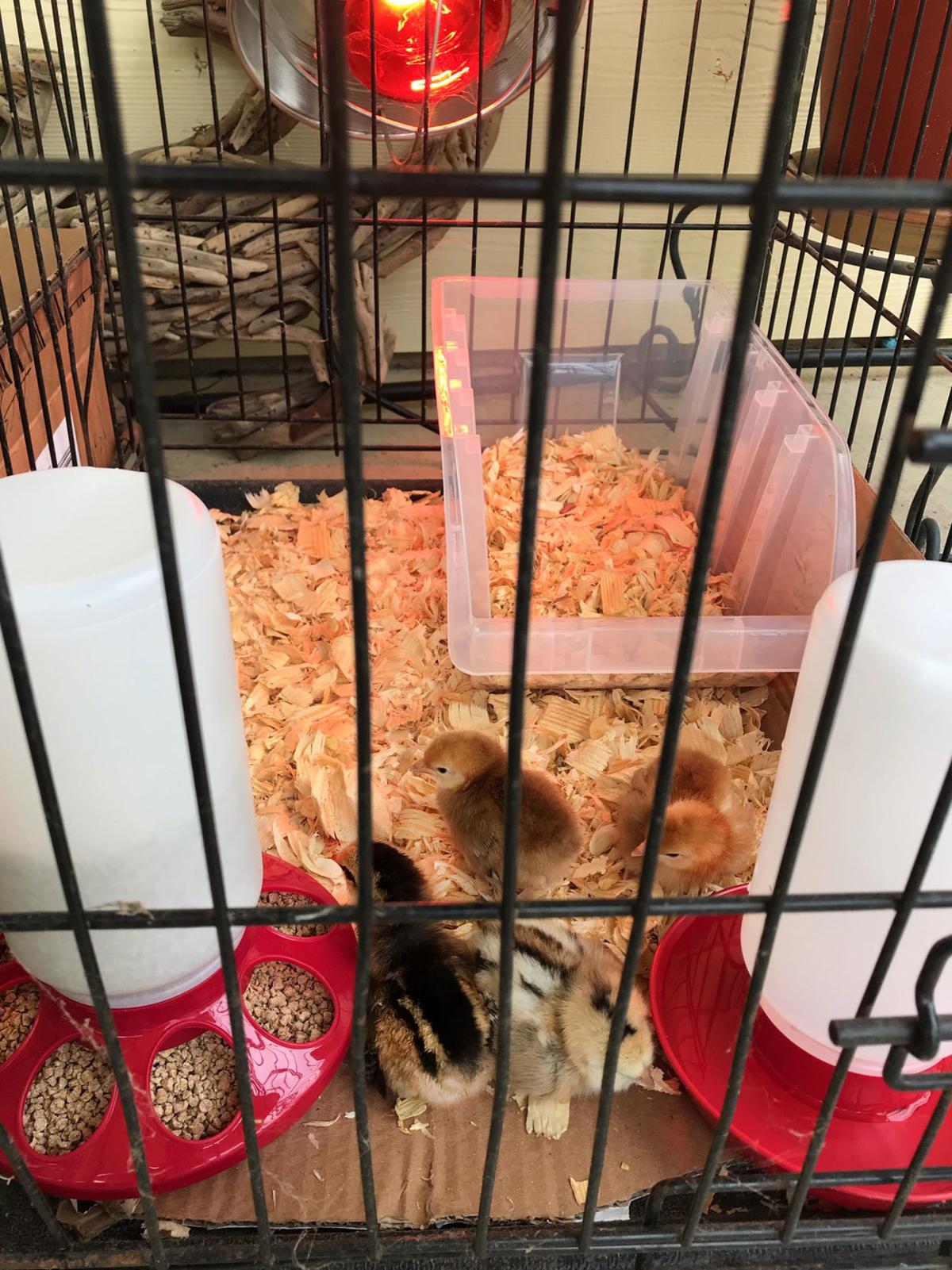 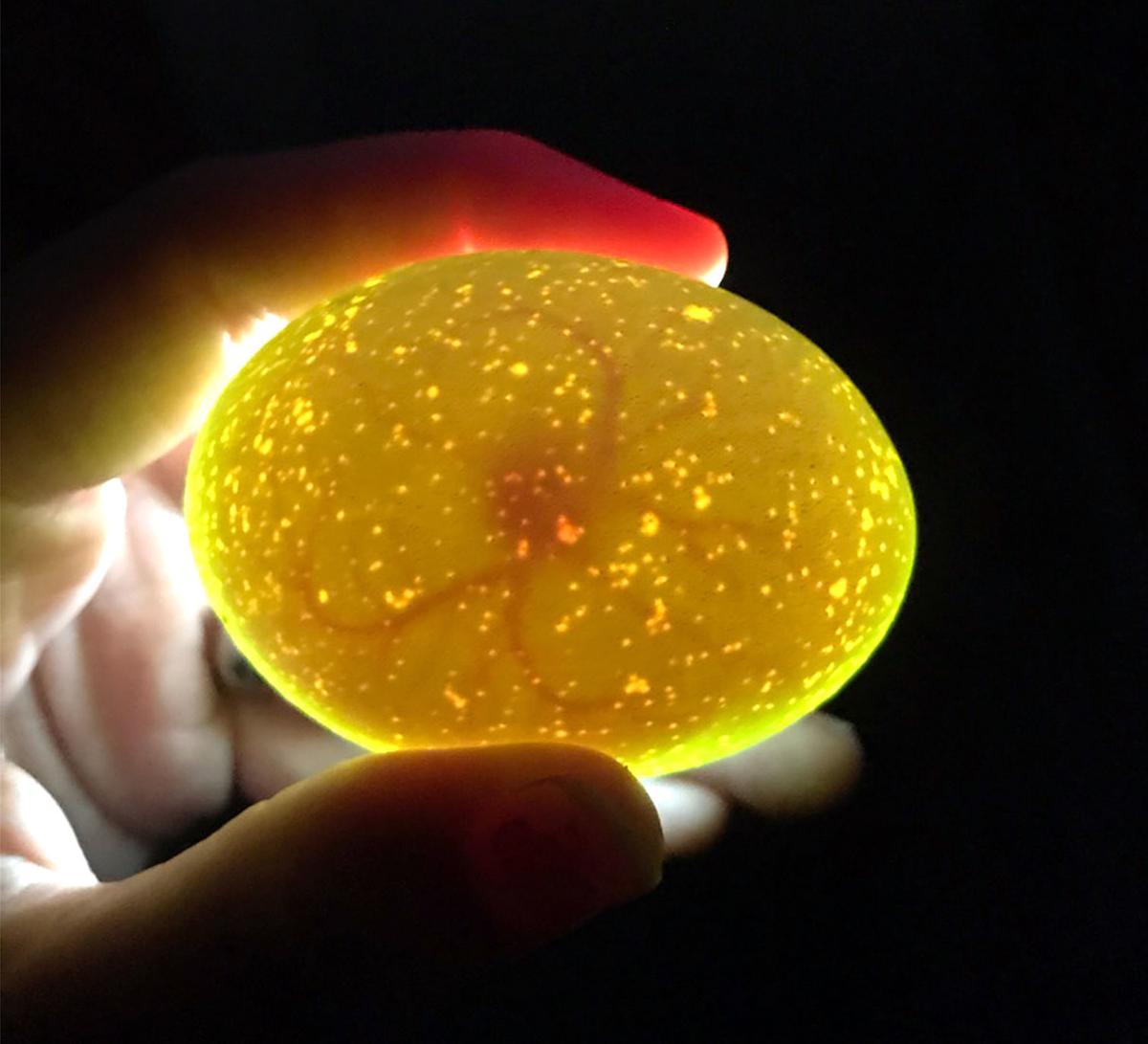 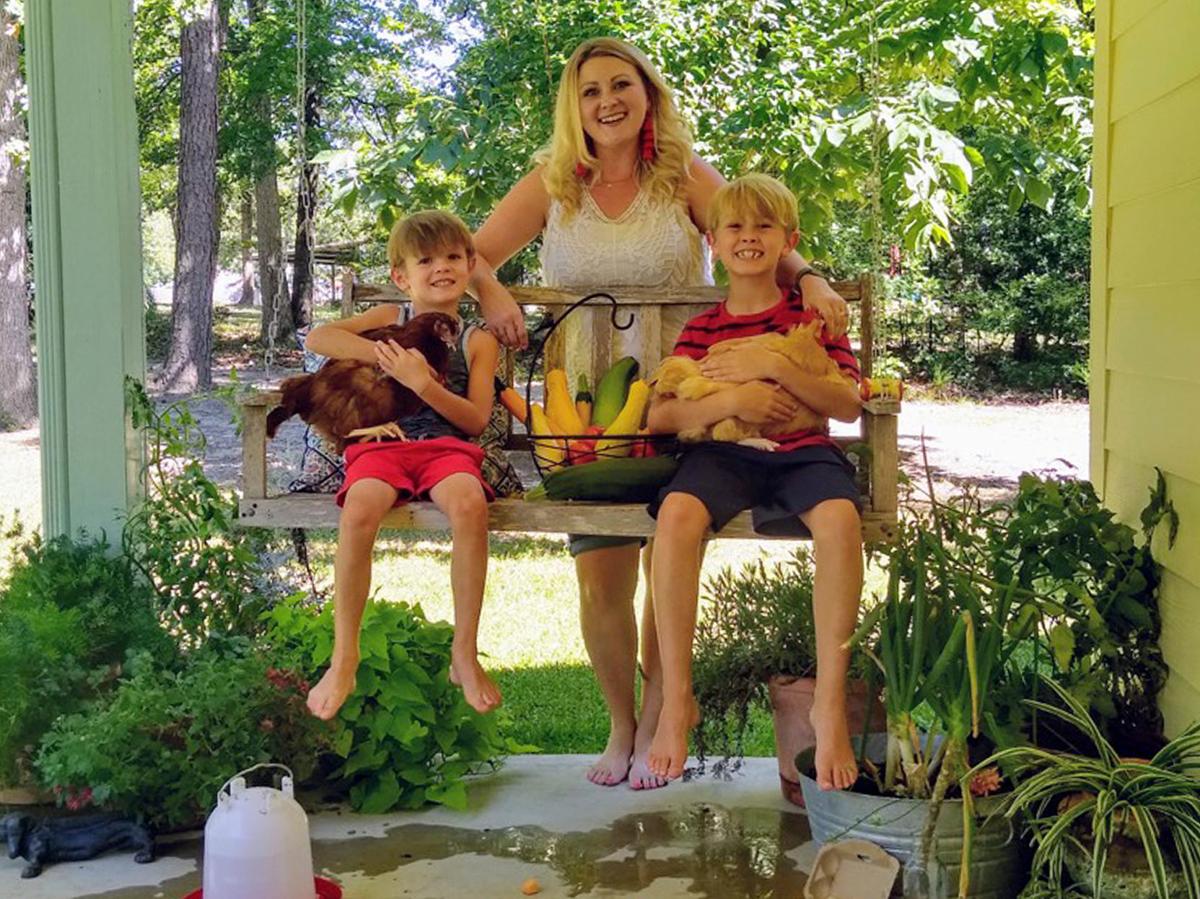 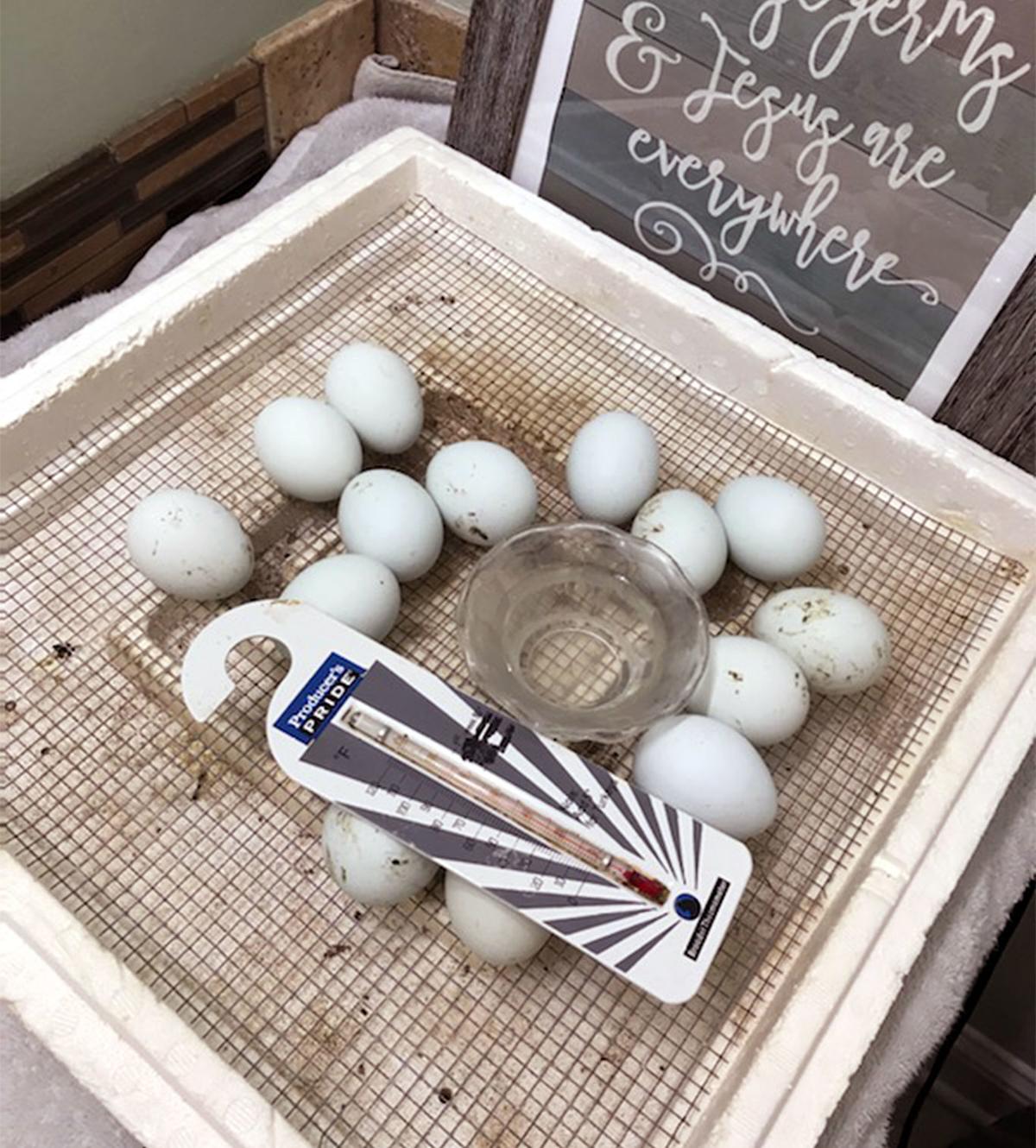 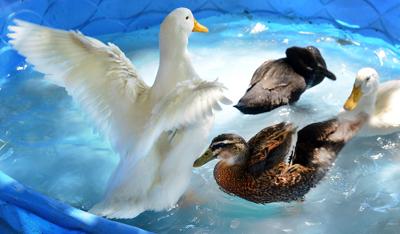 Glenda Merrell, left, said that though the pandemic is serious, it has been cool for the family to come together and do things they never had time for. Her daughter, Cullen Merrell, and son, Chase Merrell, help corral their ducks into a wading pool.

Some friends asked if a couple of ducks they were raising could come live on the Merrells’ pond when they grew up, and they agreed.

Chase Merrell picked up a load of chicks from a local feed store. The chicks are living in a small kennel in the garage until they are bigger.

Cullen Merrell feeds the ducks on their farm.

EDITOR’S NOTE: This is the second in an occasional series about how East Texans have begun to adopt self-sufficient practices in the midst of the coronavirus pandemic.

Many people in Angelina County and around the world have become interested in self-sustainment after the coronavirus pandemic put a hold on many aspects of modern life.

“Now that people are spending more time at home and dealing with shortages of foods like eggs and fresh vegetables, they are seeing how some time-tested practices of our forebearers can help them manage these and other challenges,” said Todd Swift, regional program leader for the Texas A&M University AgriLife Extension’s South Region. “People can improve their food security and overall quality of life by using these practices to get more personal control over their lives, especially during more difficult times.”

Local feed stores said they have witnessed quite a rise in the number of people who are buying chickens and supplies for coops.

Kathy Evans with Tractor Supply in Lufkin said the sale of animals has greatly increased.

“We normally sell chickens for like one month out of the year, and we have had them consistently come in weekly for the past few months,” she said.

Robert Massingill with Southland Feed & Supply said they literally can’t get enough chicks to meet the demand. However, he said the large animal feed hasn’t increased at all.

Joe Clark said he has seen a rise in people buying chicks and chickens for egg production at J. Clark’s Feed & Fertilizer. He said the price on chickens and chicks has risen slightly, but it is nothing compared to the increase in price of beef, which he attributes to retailers rather than producers.

The Merrell and Davis families have dipped their toe into both gardening and raising animals.

Kelli Davis said her family was going to get chicks for Easter, but when they saw how COVID-19 was starting to affect the world, they put a rush on it. They got four chicks right at the start of spring break from a local, and then spring break turned into the rest of the year, she said.

They also received two hens from one of her son’s former teachers.

“We wanted to be able to have eggs right now and have the whole experience and be a little bit more self-sufficient,” Kelli said.

The hens are buff orpington chickens. Kelli said they specifically wanted to find this breed because a friend told her that they act like pets, even purring. They also have four pullets that started as day-old chicks and have now grown to be out with the two older hens.

“We have them where they’ll free range in the yard, and they’ll come up to you like they’re little dogs. They’re precious,” Kelli said. “They come and they’ll sit on the porch with us. If you ever see our Facebook page, it’s my children and the chickens.”

Right now, they are only producing two eggs a day, so they serve more as pets right now than as a source of food, she said. However, they hope to have five to six eggs a day around August.

Glenda Merrell said that though the pandemic is serious, it has been cool for the family to come together and do things they never had time for.

Some friends asked if a couple of ducks they were raising could come live on the Merrell’s pond when they grew up, and they agreed. Then the two ducks turned into four ducks, and the Merrell’s picked up a load of chicks from a local feed store.

The chicks are still living in a small kennel in the garage until they are bigger, but the ducks have been in the backyard until they get used to living outside. They also placed two kiddie pools in the backyard to help create a mud run for the ducks.

Glenda’s son, Chase, built a chicken coop out of scratch from repurposed material. Chase said he had never done woodwork before, so he was interested in finally learning how to do it. Part of the coop was made from leftover tin that a nearby school didn’t need after finishing a fence.

“We’ve reused as much as we could reuse. We didn’t want to go buy everything brand new,” Glenda said. “We can’t stand the thought of putting things that don’t have to go in the landfill in the landfill.”

Glenda said they have learned little things along the way to make their projects more successful. They learned that you have to watch the coop and fence area carefully to spot where predators might be trying to catch a late-night snack. They have reinforced certain areas of the coop to prevent access.

They also learned that bread is not the greatest snack for ducks unless it is balled up and sparsely given. Instead, they try to give them treats of grapes, lettuce and other natural things.

“I wasn’t totally prepared, but because of having livestock before, the mess was not unexpected to me. I think for some people, that might be brand new,” Glenda said. “I keep the mud boots by the back door and come out every morning, turn on the hose and make them their mud run.”

At first, there is a pretty high cost to get into raising animals, Glenda said. However, they hope to recoup costs by the eggs from the chicks, and they appreciate the project they’ve had together, she said.

The next project they hope to get into is raising bees.

The process of raising animals can be tough, and a couple of weeks ago, they lost her son’s favorite pullet named Bucky. He was devastated, so Kelli searched her chicken-lover groups on Facebook and found an ad to win eggs or four day-old chicks.

“There was like 250 entries, and it was on the day that Bucky died. I didn’t think anything of it, and I just did everything they said — hit done, like their page. On Sunday, I heard back, and I had won 16 eggs or four chicks, so we went from six chickens to five because Bucky died, and now we have 16 eggs in an incubator, two full-grown chickens and three pullets,” Kelli said.

The chickens have become something like neighborhood pets, as well, she said.

Her two sons have now learned how to clean out a chicken coop and have learned about responsibility. She said the experience has brought the family closer.

“Do your research,” Kelli said. “They are cute, but the chick stage is really messy. It is a lot of work, but it is worth it, and you grow to like the animals. I thought I was just going to be in it for the eggs, and now I’ve got pets.”