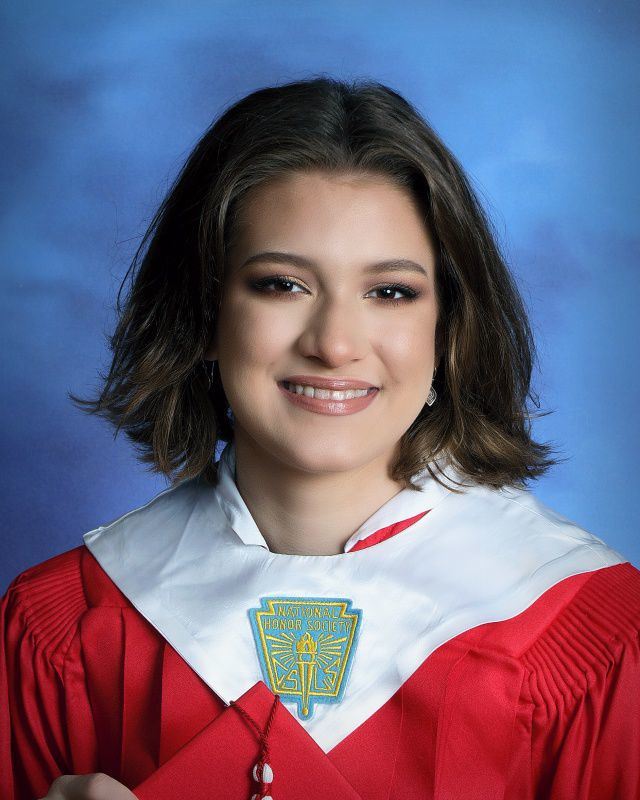 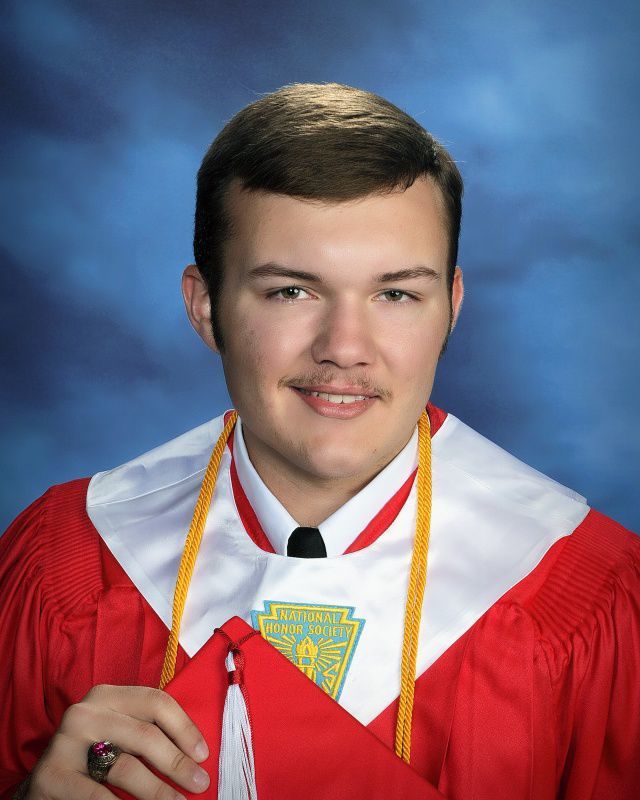 Valedictorian Samantha Thornton and salutatorian Ethan Collins are recognized during the Commencement Ceremony of the Class of 2020 at Huntington High School.

Samantha, who goes by Sam, will be attending Texas Tech University to study pre-med biology with a minor in sociology to become a forensic pathologist. She said she was anxious to hear the results about valedictorian and very happy to hear she had gotten it.

“I’ve always been an overachiever, encouraged to do everything I can,” Sam said. “I think it paid off.”

Ethan will be attending the University of Houston, majoring in mechanical engineering. He said he doesn’t know exactly what he wants to do, but he hopes to make an impact and he is waiting for God to show him where to go because he’s “up for anything.”

Ethan said he saw the title of salutatorian coming as he monitored his grades and overall he felt blessed.

“I’ve been blessed throughout all of my high school career and to end up in the top 10 in and of itself is a blessing,” he said. “I wanted to strive for perfection and, naturally, I would not achieve perfection, but in everything we do, I think we should try to do our best, no matter the task, no matter the job.”

The coronavirus put some amount of uncertainty to the end of senior year, and Sam said she was stressed at first because she didn’t know how classes and grades would work. It took actively deciding not to be stressed and focusing on her hobbies instead to overcome it.

“It’s pretty crazy, but we got here,” she said.

“At the end of the day, it’s the relationships that we have with the people around us that keep us going,” Ethan said. “For me personally, that was my relationship with Jesus Christ and having a great church family and family to support me, no matter the endeavors that I chose to participate in.”

Sam has participated in basketball, tennis, National Honor Society, student council, Texas Association of Future Educators, KYSSED and book club. To be able to keep up with her grades and extracurricular activities, Sam had to learn how to study effectively, taking notes, reviewing and setting aside time for homework, she said.

“I’m a very competitive person naturally,” she said. “Competition really drives me. I’m also passionate about learning new things, so taking classes that I actually enjoy and learning the material being taught was really advantageous.”

“All these experiences that I’ve had throughout high school have taught me a common theme of determination, persistence and the will to do whatever I thought was possible and even the impossible,” he said.

He said if he could do it all over again, he would have a physical planner with him so he could plan out his week, but the overall thing that helped him was having persistence. In addition, he said he has learned that it is incredibly important to stop focusing on the material things in life.

Sam said she has learned that it is important to learn how to learn in your own way to be successful.

“Make sure you learn to study in a way that helps you. Make sure to learn how to take good notes and spend your time wisely,” she said. “But make sure you have fun, too. Make sure you don’t never go out on the weekend because that’s not good for your mental health at all.”