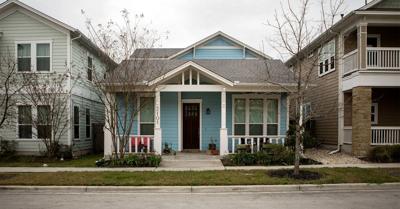 Texans can now eat in shopping mall food courts, go bowling, drink in bars, eat in restaurants, watch rodeos, get their hair fixed — and get steaming mad about their property taxes.

One of those activities was never interrupted. But between the pandemic and the economic slump, property owners’ annual anguish over property appraisals and taxes has shifted.

Local governments that rely heavily on property taxes to pay for everything from public schools to police to parks are squeezed — but so are their taxpayers.

For many Texas property owners, this year’s appraisals seem to be coming from another time and place. They are, in a way: The values on the books for this year’s taxes don’t reflect the pandemic, diving oil prices, or sagging state and national economies.

This year’s taxes are supposed to be based on commercial, industrial and residential property values at the beginning of the year. In some places hit hard during the last two or three months, those values were higher then than they are today. Even if they’re not, it can be jarring to see a rising value at the same time that one in eight working Texans is unemployed.

Gov. Greg Abbott won’t freeze property values because of the pandemic, and the attorney general said, in a nonbinding opinion this year, that local appraisers cannot refuse to hear property value protest hearings in person, where health concerns might be an issue. Values have risen in what was a booming real estate market in parts of Texas. The appraisals are in. People who think those values are too high are protesting, a process that runs into July. And the local governments that base their budgets partly on the results are trying to figure out how to pay for the things they’re already doing.

Some, like Galveston County Judge Mark Henry, asked the state to freeze this year’s appraisals at last year’s levels (as did others across the state). “Texans need the government to get out of the way of a robust economic recovery, and sending taxpayers a bigger bill does the opposite,” he wrote.

Abbott declined. The governor doesn’t have much to do with it anyway; Henry and local officials like him control property taxes. They can’t freeze values, but they set the tax rates that determine the size of everyone’s property tax bills.

Appraised values are only part of what makes your property taxes rise and fall; the biggest step is the next one, when local governments set their property tax rates. Your tax bill is the value multiplied by the rate. The value, ideally, is an accurate estimate of what a property is worth. The rate has more to do with how much money the government is trying to raise. It’s possible, even when values drop, for tax rates to rise enough to increase property tax bills.

And in an economic environment where another big piece of local and state government income — sales taxes — is diving, those local governments are in a financial squeeze.

Few are shedding tears for them, but some of those governments are looking for ways to make up their lost revenue and looking at their current budgets to see what they would cut if the money isn’t available.

Lawyers for local governments are arguing with the governor and the attorney general about whether the current situation is a disaster. According to one definition in state law, “‘Disaster’ means the occurrence or imminent threat of widespread or severe damage, injury, or loss of life or property resulting from any natural or man-made cause,” and includes a list of terrible things that includes epidemics.

Cities are starting their budget machinery now, even as Texans argue with government appraisers about their property values. City officials in Dallas have asked their staff what an 8% increase in property taxes would produce — a signal that they’re at least considering the idea.

It sets up a summer — and one that leads right into a hot general election — with the kinds of questions that often fuel both economic and political debates.

How far can a local government raise taxes without asking voters for permission? How likely are voters stuck in a bad economy to approve tax increases? And what — and who — will those voters be thinking about on Election Day in November?

"Analysis: Rising property values — and taxes — during an economic slump" was first published at https://www.texastribune.org/2020/05/27/rising-property-values-taxes-economy/ by The Texas Tribune. The Texas Tribune is proud to celebrate 10 years of exceptional journalism for an exceptional state.