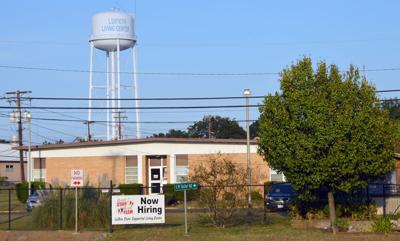 Texas will soon test all residents and staff for the new coronavirus in state-run homes for people with disabilities, according to an email sent to employees from the state official who oversees the facilities.

Gov. Greg Abbott made the news official on Thursday afternoon when he announced that he was directing the Texas Health and Human Services Commission to expand testing to all patients, residents and staff at the 23 state-run homes for people with intellectual and developmental disabilities and state-run psychiatric hospitals.

"By expanding widespread COVID-19 testing to our state hospitals and state supported living centers, we are better equipped to identify and mitigate these potential hot spots and protect our most vulnerable populations," Abbott said in a statement.

The announcement of the testing expansion comes days after The Texas Tribune reported that a spokesperson for the Texas Health and Human Services Commission said the state supported living centers and state psychiatric hospitals would not receive aid to test all residents, patients and employees, even as testing was being made available for all residents and staff at nursing homes. The 23 state-run facilities collectively serve around 4,700 of the state’s most vulnerable residents and employ 18,873 full-time staff members.

The test kits for the state supported living center residents have been ordered and are on their way, Schalchlin wrote. The agency is “working on a broader plan to get the test kits for staff,” he added.

Previously, residents and patients were only tested if they displayed symptoms of COVID-19 or had possible exposure to the virus. The new round of testing will cover those who have shown no signs of COVID-19 or have not been tested within the last 30 days, Abbott said.

For months, employees and family members of residents at the state-run homes have raised concerns about outbreaks and called for increased testing. In recent weeks, several state lawmakers have also called for widespread testing at the state supported living centers.

"The residents we are now testing do not have symptoms and we have no reason to believe they have been exposed to or contracted COVID-19, but by taking this step, we will increase our ability to prevent the spread of the virus in our facilities and throughout our system," Schalchlin wrote in a letter to parents and guardians Thursday.

As of Wednesday, there were 161 total positive cases among residents and patients, with 107 reported recoveries, according to new data the agency started releasing on state supported living centers and state hospitals earlier this month. “Fewer than 10” residents and patients have died due to complications related to COVID-19, the disease caused by the new coronavirus, the state reported.

That data does not account for staff members who fall ill, and the state is still not releasing the names of facilities with coronavirus cases, leaving many family members in the dark about their loved ones. Seven of the 23 facilities have at least one positive patient or resident, according to the latest data.

State officials have already taken a similar approach to nursing homes, which have emerged as hot spots for the virus. Citing a need to protect the state’s “vulnerable populations,” Abbott last week directed state officials to test all residents and staff members in Texas nursing homes. That testing should be finished by the end of next week, he told KRIV on Wednesday.

Similar to nursing homes, residents and patients at state-run homes and psychiatric hospitals live in close quarters and interact closely with the staff who care for them. The 10 state psychiatric hospitals serve Texans with mental health issues. Across the 13 state supported living centers, which house people with intellectual and developmental disabilities, about 43% of the residents are medically fragile.

"Texas will test all residents and staff in state-run homes for people with disabilities" was first published at texastribune.org/2020/05/21/texas-coronavirus-testing/ by The Texas Tribune. The Texas Tribune is proud to celebrate 10 years of exceptional journalism for an exceptional state.