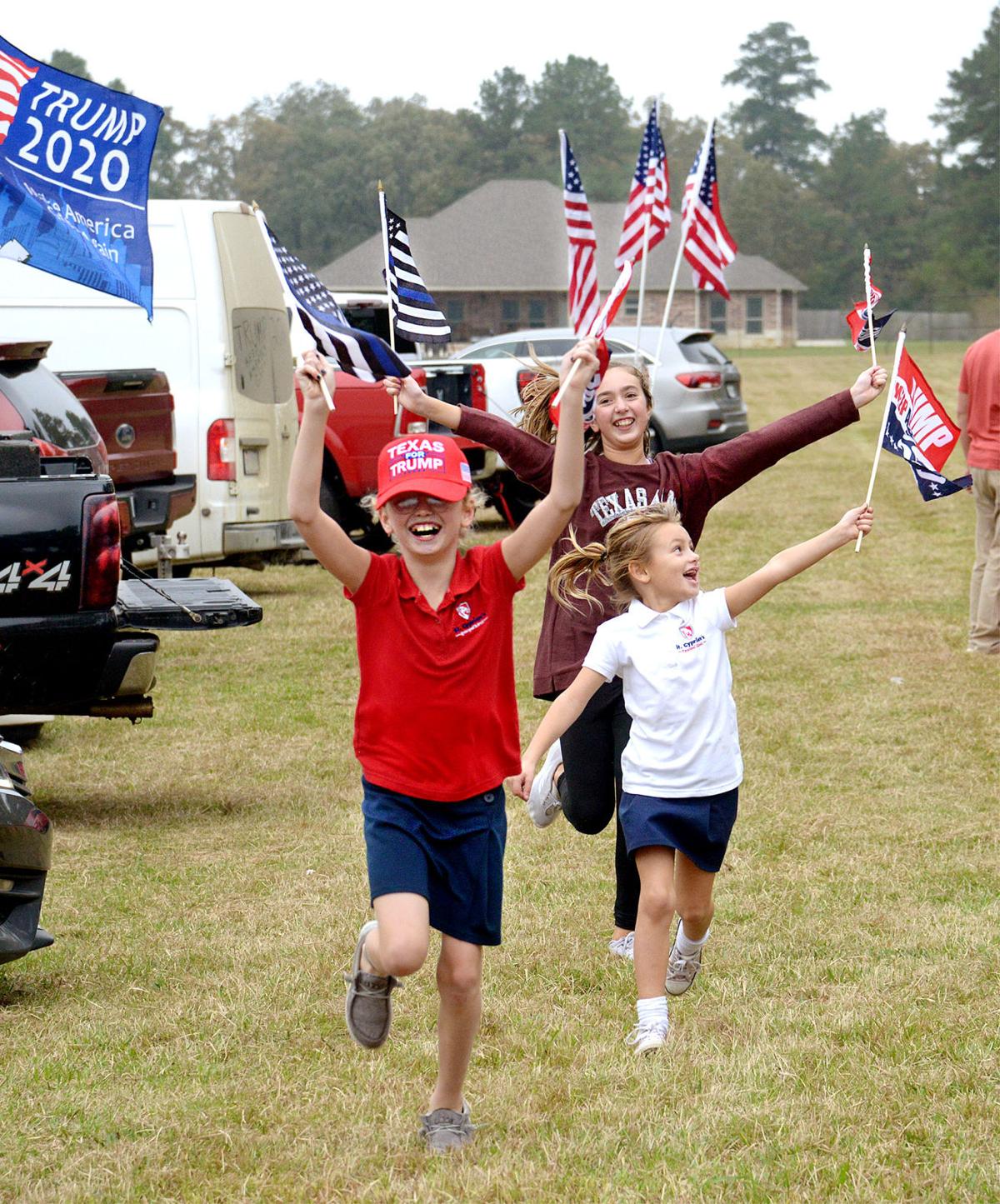 From left, Aubrie Frankens, 10, Allie Frost, 10, and Grace Frankens, 6, run with several flags at a Trump rally on FM 58 south on Tuesday in Lufkin. 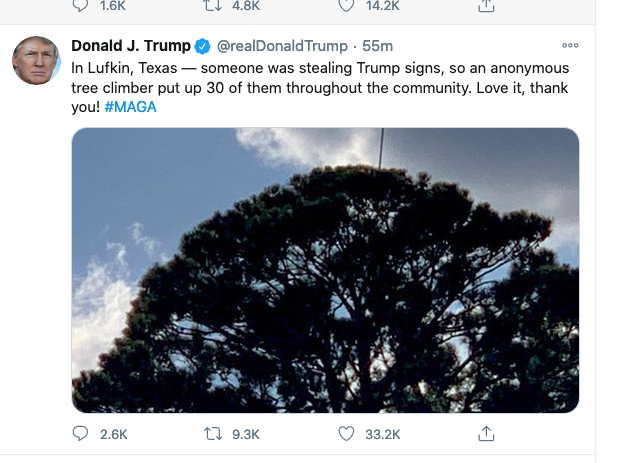 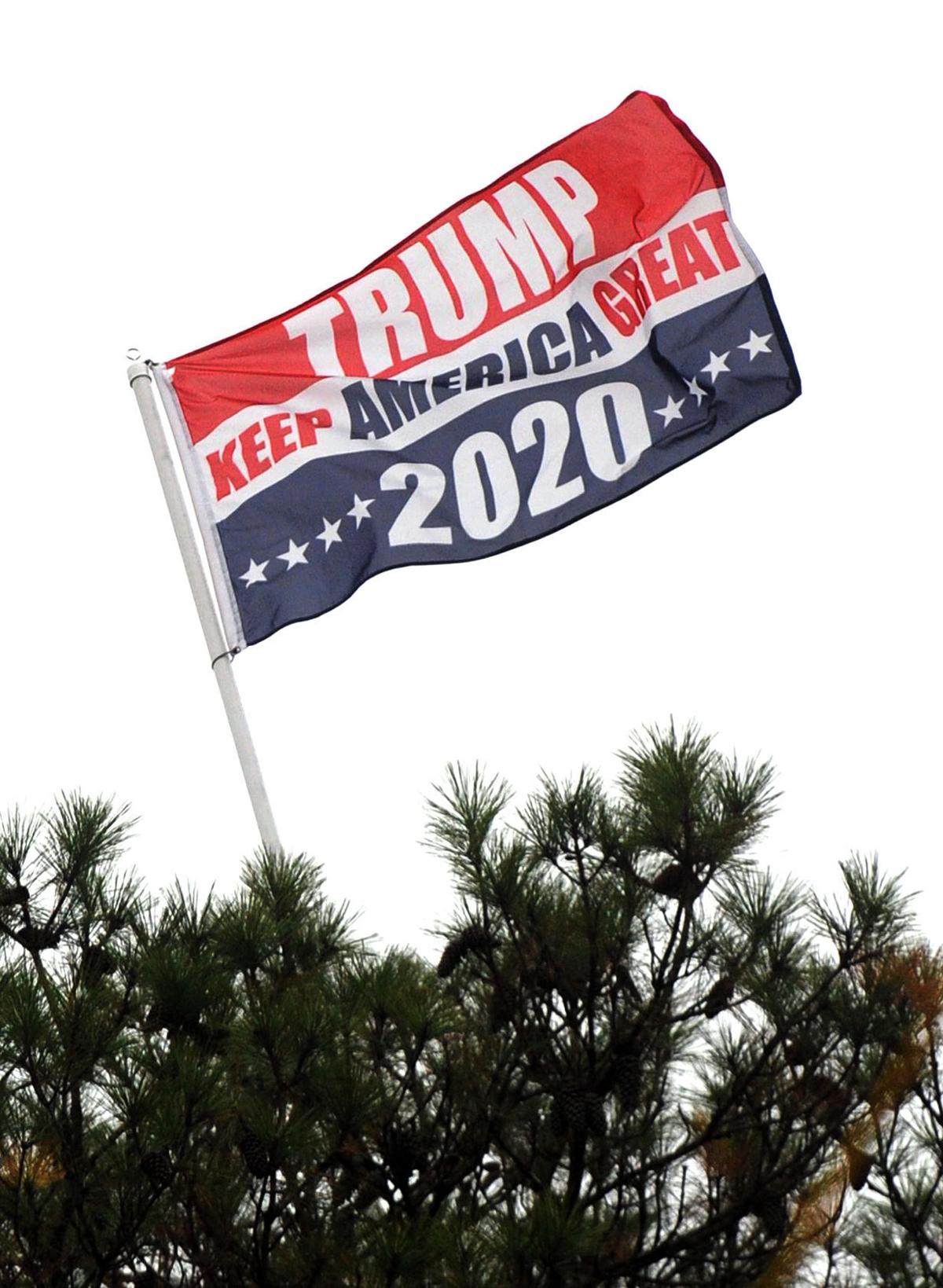 A flag supporting President Donald Trump flies high on Tuesday in the trees along state Highway 94. 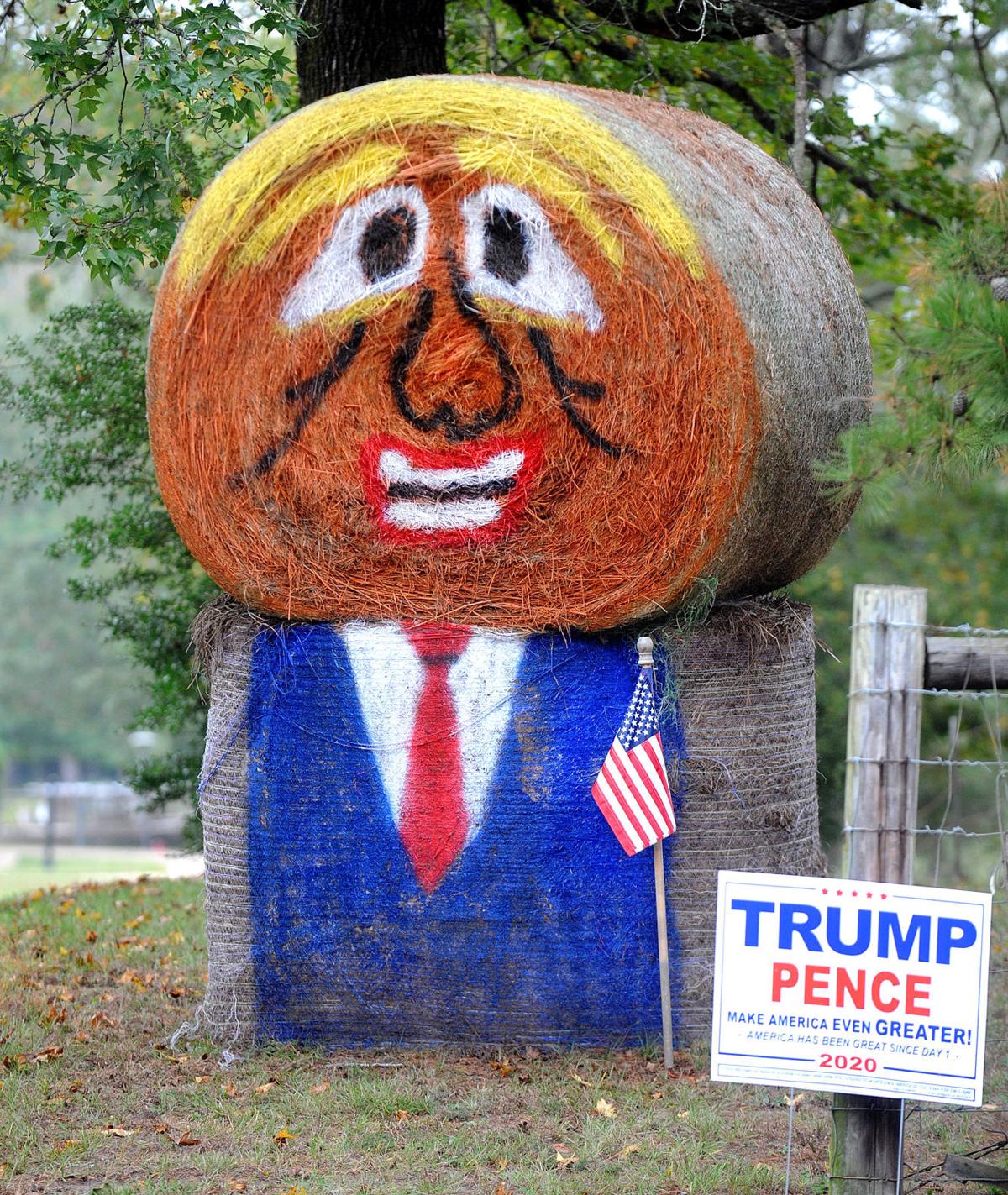 A pair of painted bales of hay demonstrate support on Tuesday for President Donald Trump along Farm Road 706. 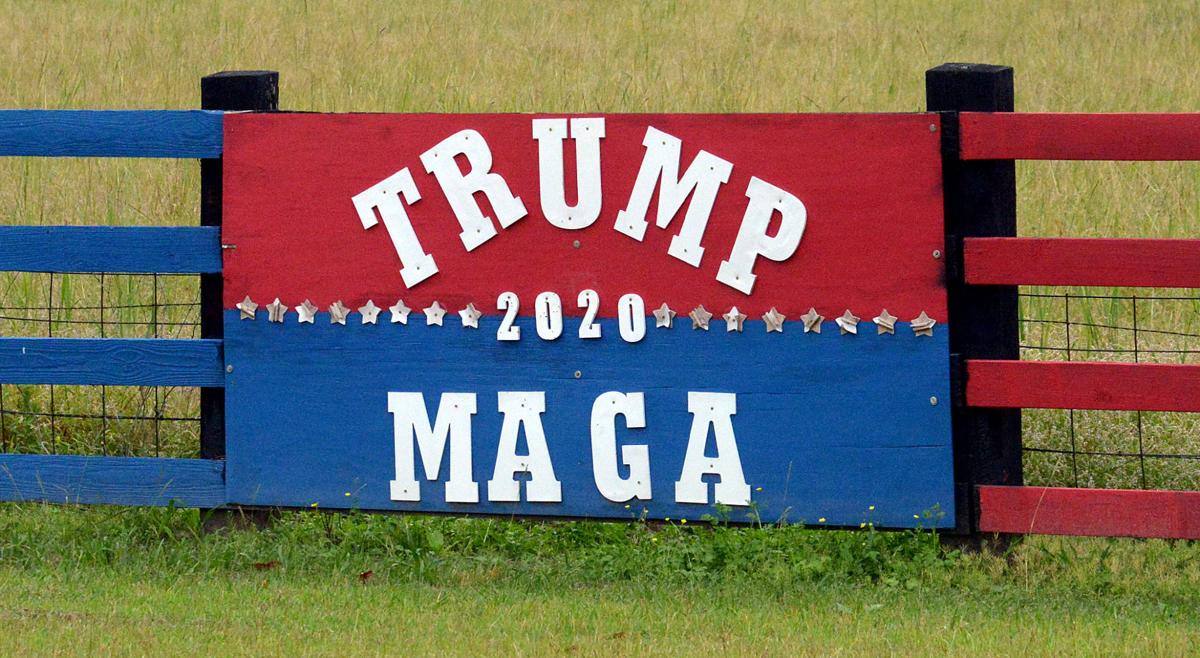 Support for President Donald Trump and law enforcement decorates the fence on Tuesday along the borders of the Satroma Ranch on FM 1194.

Support for President Donald Trump and law enforcement decorates this fence on Tuesday along the borders of the Satroma Ranch on FM 1194.

From left, Aubrie Frankens, 10, Allie Frost, 10, and Grace Frankens, 6, run with several flags at a Trump rally on FM 58 south on Tuesday in Lufkin.

A flag supporting President Donald Trump flies high on Tuesday in the trees along state Highway 94.

A pair of painted bales of hay demonstrate support on Tuesday for President Donald Trump along Farm Road 706.

Support for President Donald Trump and law enforcement decorates the fence on Tuesday along the borders of the Satroma Ranch on FM 1194.

“In Lufkin, Texas — someone was stealing Trump signs, so an anonymous tree climber put up 30 of them throughout the community. Love it, thank you! #MAGA,” the president tweeted.

The still-anonymous individual has been a hot-topic in Angelina County for several weeks. Pictures of trees or highways that have been “flagged” and videos of the individual in a plastic Trump mask shimmying up a tree litter the local social media pages.

He has declined interview requests with the newspaper.

Trump flags are posted across the county with more popping up as Election Day nears, although some have been removed after being placed over highways.

“Crews did recently remove flags located on state right of way on state Highway 103 west and one that was stretched across South Loop 287 near Ellen Trout Zoo,” Rhonda Oaks, the Lufkin District public information officer, said in late September.

Texas Transportation Code dictates that TxDOT has to remove all flags or political signage from state rights of way because they can present a hazard for drivers, she said.

However, the flags atop trees on personal property continue to fly.

While his exploits have garnered a lot of attention, the flag fairy isn’t the only one showing creative political spirit this election season. Trump-themed decor is scattered throughout the county like the red, white and blue hand-painted fence at the Satroma Ranch on FM 1194 in Hudson.

The fence features messages such as “Trump 2020” and “Back the Blue.”

A Hudsonite on FM 706 created the likeness of Trump out of hay bales and spray paint, complete with his blond hair, suit and signature red tie.

As Election Day approaches, even more signs of support have popped up like a rally that was held Tuesday afternoon at the buffalo and zebra ranch on FM 58. The Frankens family opened up their property to fellow Trump supporters and were surprised by the turnout.

Vehicles with Trump flags and stickers lined up near the fence facing FM 58 while buffalo and zebras munched on grass in the fields further back. David Wayne Frankens hadn’t planned on having this many people show up, but a lady from church asked if she could come by with some friends and the Frankens were happy to open up their land.

It all began with Franken putting flags out on his fence facing FM 58 and enjoyed watching more and more people interact with them. He wanted to have this rally because the country is at a turning point and it could go well, or really bad. He believes voters should go by what the Bible says and learn from bad ways.

“That’s what inspired me,” he said. “What I would say to President Trump is, Lufkin, Texas, has his back.”

Frankens’ girls, Grace, 6, and Aubrie, 10, were running around with their friend 10-year-old Allie Frost waving Trump flags, Back the Blue flags and U.S. flags. They were there to support Trump because he’s the president, Grace said.

“He is a good president,” Aubrie said.

Aubrie wants to see a world where everybody loves one another, she said.

Jon Goodman was there to support “a movement for righteousness and for the election of Donald Trump,” he said. He’s participated in the Trump parades throughout town.

Richard E. Warner, not to be confused with Lufkin attorney Richard Warner, was thrilled to be at the rally and believes Trump is the best president since President Ronald Reagan. He has faith that the election will come out in favor of Trump and doesn’t believe anyone should believe half the stuff they read in the media.

Goodman, Warner and Franken were stoked about the flag fairy and Trump’s tweet about Lufkin. Warner believed it was about time, for as much attention as the flag fairy’s movements have garnered online.

“It’s awesome,” Goodman said. “I think it made history. The guy who did it will be a legend. … We’ve made history here.”

There will be another rally at the same place at 4:30 p.m. Thursday and at 3 p.m. Saturday.

East Texas voters have until Friday to vote early before the Nov. 3 Election Day.

Election 2020 Facts: What is mail-in voting?

People have been voting by mail in the U.S. for close to a hundred years, but it's never been as big an issue as it is in the 2020 election. This is the start of a five-part animation series by The Associated Press, Election 2020 Facts (Sept. 21)