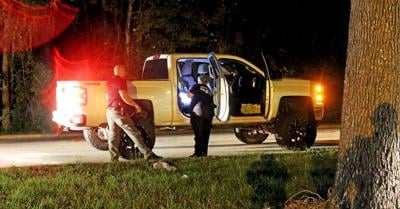 Lufkin police have identified the victim of Sunday morning’s fatal shooting and charged another man with his murder.

Elvin Alday, 19, of Lufkin, died after a shooting incident that occurred around 3:10 a.m. Sunday, according to a press release from Jessica Pebsworth, communications director for the city of Lufkin.

Following an around-the-clock investigation, police have charged Penny Price, 19, of Lufkin, with murder in connection to Alday’s death, Pebsworth said.

“The investigation is ongoing and more arrests are expected,” she added.

Alday was in the backseat of a Chevrolet pickup truck and fleeing a disturbance when Price allegedly shot from his vehicle at the moving truck, fatally wounding Alday near the intersection of Lowery Street and North Timberland Drive, according to an earlier Lufkin police press release.

The driver and front seat passenger in the Chevrolet told police they believe the suspect chased them down Timberland Drive for several blocks but could not give a clear description of the suspect’s vehicle because they were taking cover, the release states.

They told police the suspect stopped chasing them near the intersection of Timberland Drive and Paul Avenue.

They met up with officers on Tulane Drive, but at that time, Alday had lost consciousness and was not breathing, the report states. Officers performed CPR until a medical unit arrived and transported Alday to a local hospital, where he was pronounced dead.

Earlier Sunday, police said they did not believe the incident was connected to the shootings from earlier this year, but advised that they were only in the preliminary steps of the investigation.

Anyone with information on this incident is asked to call the department at 633-0356 or Crime Stoppers at 639-TIPS if they wish to remain anonymous.