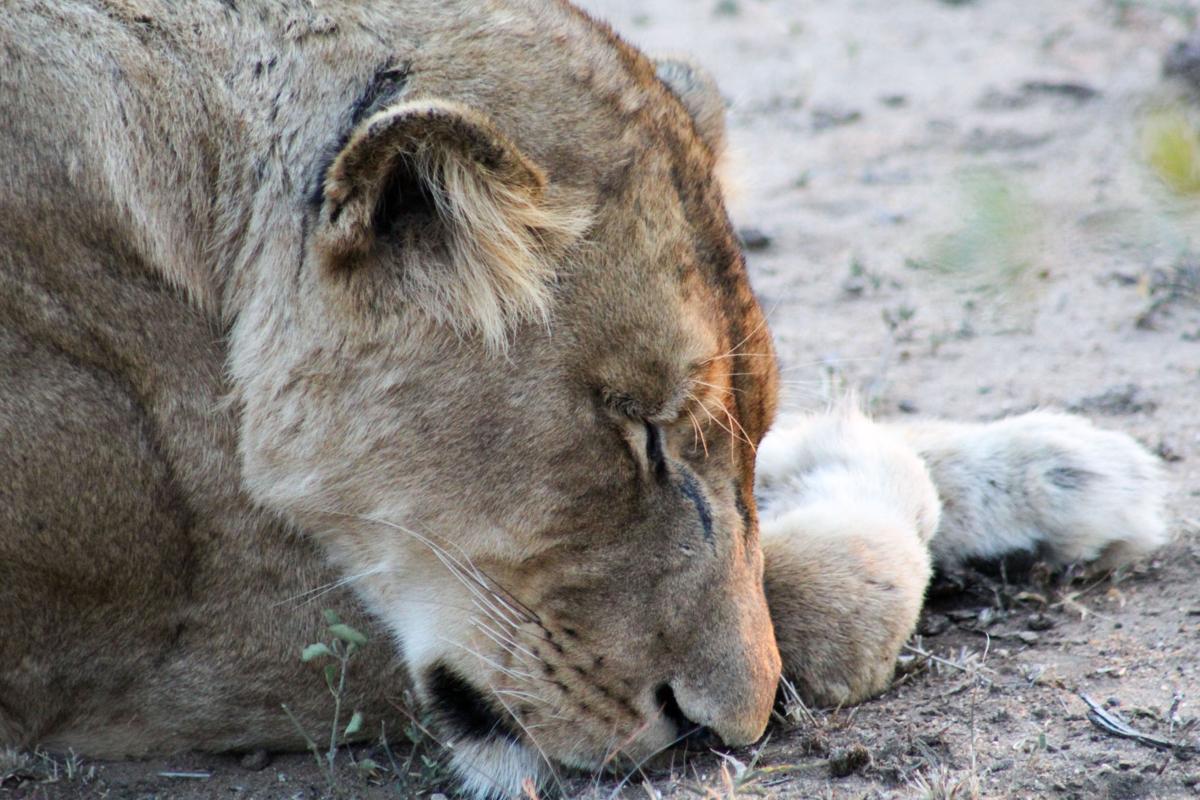 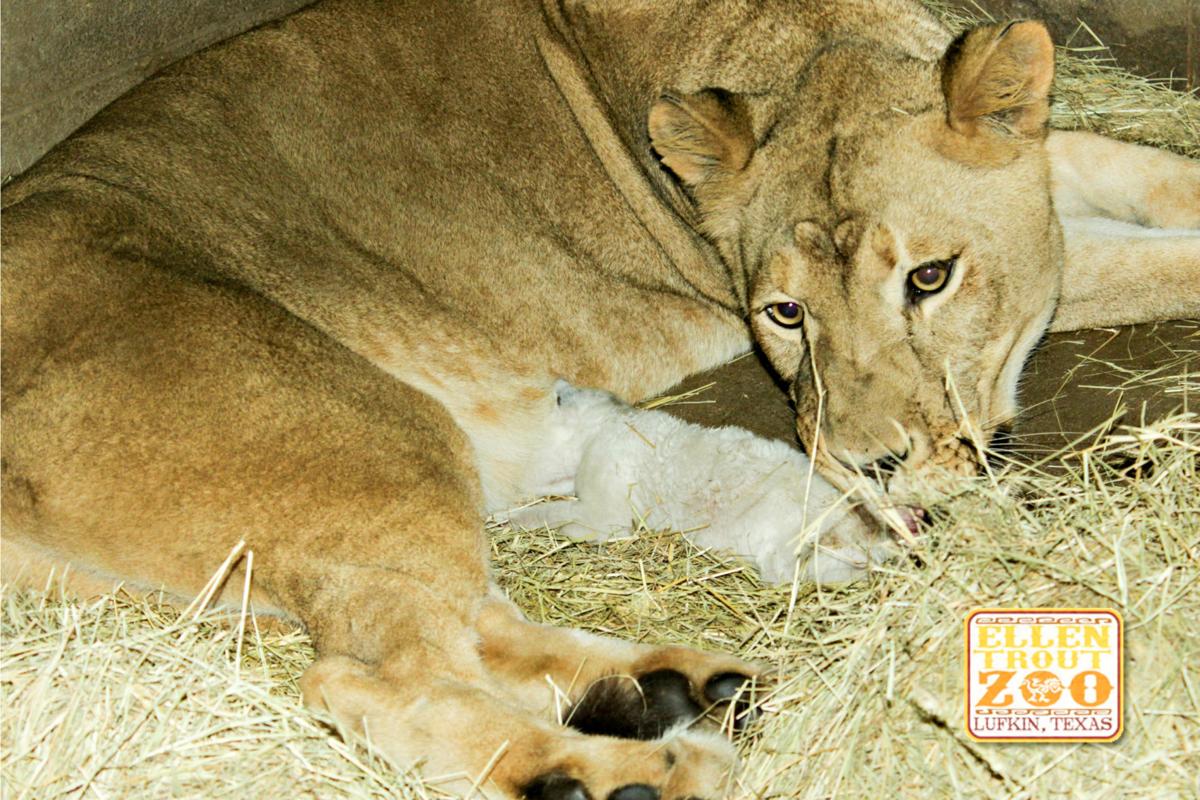 One of the first baby photos of the white lion that was born this past week at the Ellen Trout Zoo in Lufkin.

The Ellen Trout Zoo’s female African lion is a mother for the second time.

Adia gave birth to her second cub on Friday — this time to a rare white African lion.

Her first cub, Sango, was born four years ago and had to be hand-reared because Adia failed to produce milk. However, zoo Director Gordon Henley said everything went well this time, and mother and cub appear to be doing fine.

Adia’s primary caregivers had been watching her for about 110 days, Henley said. They discovered the cub about 3:30 p.m. Friday.

“Since this is her first experience rearing the cub, zoo staffers have been careful around Adia to make sure she is not distracted from her maternal duties,” Henley said.

This cub is the second African lion to be born at the zoo since the late 1970s and the first white lion.

It was a big surprise to see that the cub is white, Henley said.

“Zoo curator Celia Falzone contacted the Lion Species Survival Plan coordinator in an effort to determine the frequency of white lion births,” he said. “According to (Species Survival Plan) records, there has been one other white lion cub born in an accredited American zoo. That lion reverted to normal coloration when it was about 6 months old.”

The birth is the result of a recommended breeding by the Association of Zoos and Aquariums Lion Species Survival Plan for the zoo’s lion pair. The plan is designed to ensure the sustainability of captive zoo populations of animals while maintaining the desired level of genetic variability within the species.

According to the Global White Lion Protection Trust, white lions are not considered albinos. White lions have blue or gold coloration in their eyes and black features on the tip of their noses, while albino lions would have pink or red coloration to their features. The white coloration is similar to blue eyes in humans, which are caused by a recessive gene.

While white lions number in the hundreds in captivity, only 13 live in the wild, according to the Trust.

Henley said it’s unclear whether this cub will remain white.

“Only time will tell, but everyone at the Ellen Trout Zoo is thrilled at the birth and are happy that mother and cub appear to be doing so well,” he said.