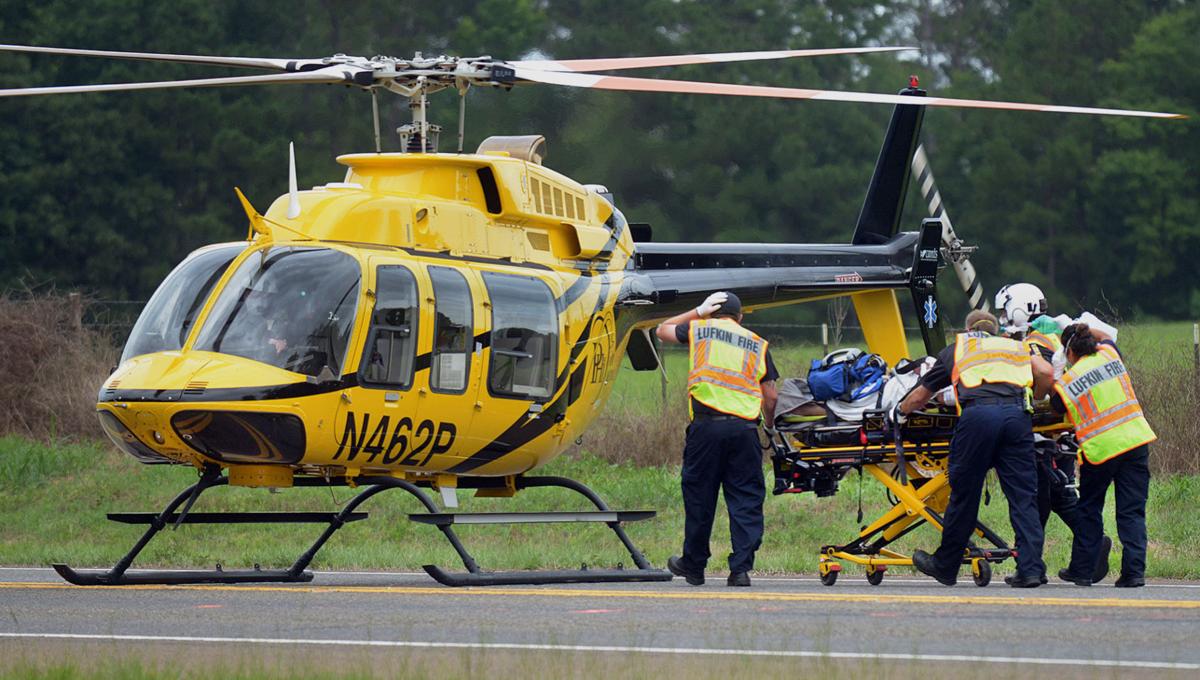 Lufkin Fire EMS personnel and rescue helicopter crew members prepare to transport the driver of a four-door Ford pickup involved in a crash with an 18-wheeler at the intersection of U.S. Highway 103 west and state Highway 7 around 5 p.m. Thursday. 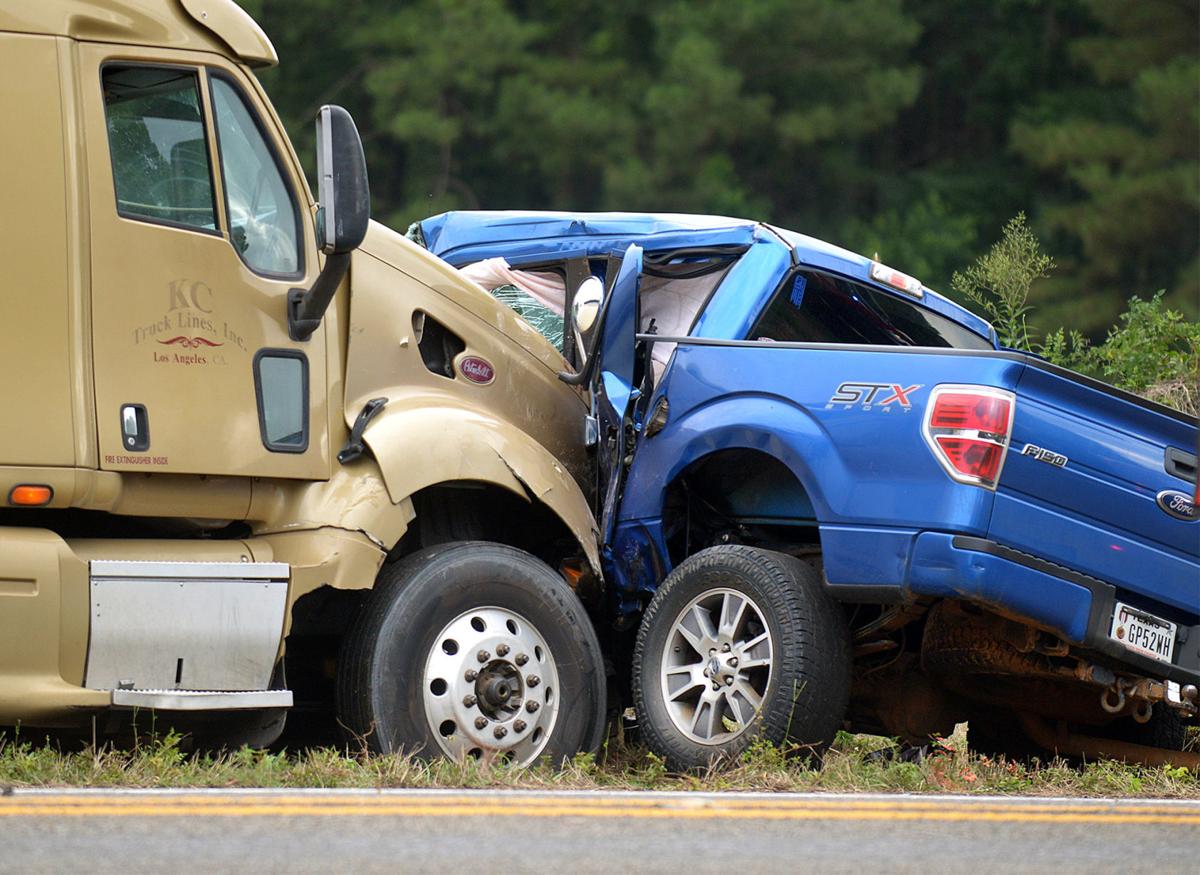 A four-door Ford pickup turned left into the path of an 18-wheeler at the intersection of U.S. Highway 103 west and state Highway 7 around 4:30 p.m. Thursday. The driver of the pickup was flown by helicopter to UT Tyler Medical Center. 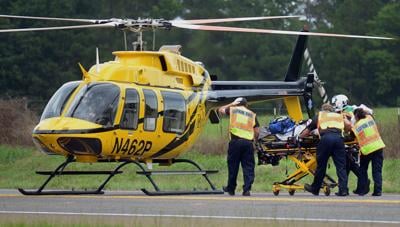 A Livingston man was flown to a Tyler hospital and his two child passengers were transported to a Lufkin hospital after a two-vehicle crash on state Highway 103 west at state Highway 7 Thursday afternoon, according to a report from Texas Department of Public Safety Sgt. David Hendry.

The driver of the Ford is identified as Bauld.

The driver of the Peterbilt is identified as Jorge Vasquez, 31, of Krum. Vasquez was reportedly uninjured during the crash.

No additional information was immediately available.