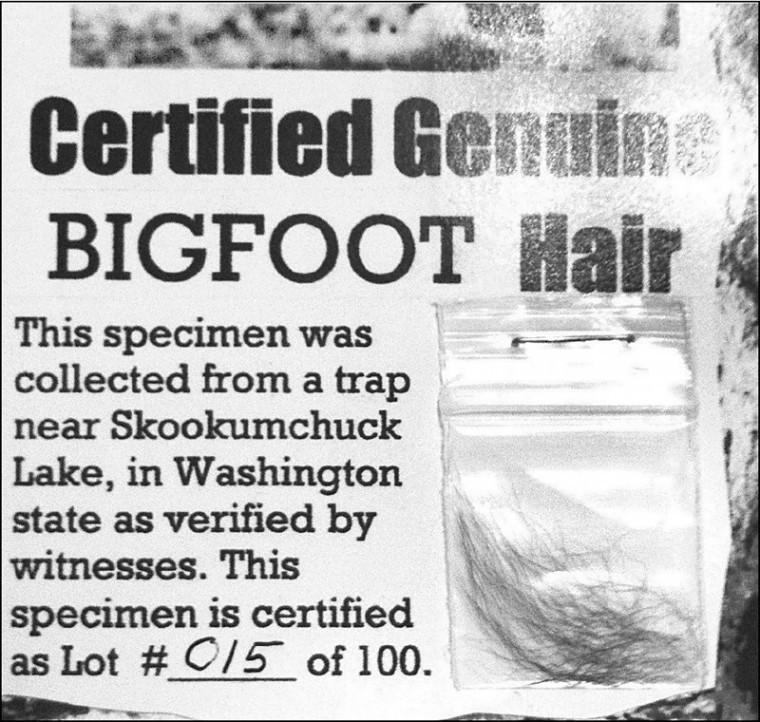 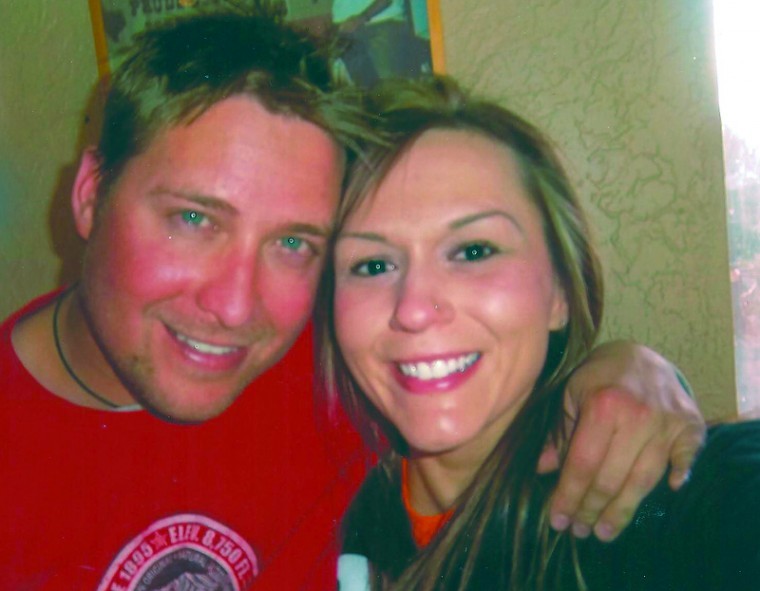 Ty Shafer, a funeral director at Carroway Funeral Home in Lufkin, uses his off time to pursue his hobby of buying and selling interesting things. He is now selling a lock of hair from “Bigfoot.” Pictured are Shafer and his wife Stephanie.

Ty Shafer, a funeral director at Carroway Funeral Home in Lufkin, uses his off time to pursue his hobby of buying and selling interesting things. He is now selling a lock of hair from “Bigfoot.” Pictured are Shafer and his wife Stephanie.

Monsters may not lurk under beds and in closets, but hair from Bigfoot may be bought at a place near you.

While Ty Shafer of Lufkin cannot be 100 percent certain the lock of hair he has in his possession is from Bigfoot himself, he is selling the novelty item for $30.

Shafer, a funeral director at Carroway Funeral Home, thought local residents may be interested in the novelty item because of the rumors of a Bigfoot wandering wooded areas of East Texas.

“A guy from Rush County called and said when he was younger he and some other people — he swears up and down — saw a baby Bigfoot,” Shafer said. “They said they ran it up a tree, but it smelled so bad they left it.”

Bigfoot, also known as Sasquatch, is commonly known as a hairy ape-like monster. The texture of the hair in question might surprise people , Shafer said.

“You would think it would be coarse, but it looks really soft — like you would see on a well-groomed dog or something,” Shafer said.

Shafer, originally from Amarillo, doesn’t have a shop, but he sells novelty items online, in local auctions and by taking out classified ads every other Thursday in The Lufkin News. Shafer has been with Carroway Funeral Home for the past eight-and-a-half years.

“If I sell it, it’s fine, if not I’ll keep it,” Shafer said. “Since I’ve been buying and selling things, my collection just keeps getting a little bigger.”

Having a lock of alleged Bigfoot hair is catching the attention of people across the country. Shafer fielded a call from as far away as Oregon on Tuesday about the item which he got two weeks ago. So far, he doesn’t have a serious buyer.

“People who call about it are more curious than anything,” Shafer said. “They ask a few questions, but then they say they’ll get back to me.”

Shafer is no stranger to getting attention for items he comes across and purchases. He has made a hobby out of looking for treasures on the Internet, estate sales and inside storage units for sale. In fact, at 8 p.m. Wednesday, Shafer and his 1990 red Ferrari will appear on the History Channel’s “Cajun Pawn Stars.” According to history.com, “Cajun Pawn Stars” puts a Southern spin on the History Channel’s hit series “Pawn Stars” with a cast of quirky characters. Viewers will have to tune in to see if Shafer is willing to part with his Ferrari which he bought from a dealership in Montgomery, Ala.

Many of the items Shafer buys from out of state, including the hair thought to belong to the famed monster, who allegedly lurks through desolate sections of the woods.

“I can’t confirm it’s Bigfoot hair. You’d have to have the actual Bigfoot to match the hair,” Shafer said. “He’s just a big Bigfoot fan.”

The man Shafer purchased the lock of charcoal colored hair from had it labeled No. 7 of 10.

If you are interested in seeing the hair for yourself, it will be on display at Nacogdoches Auction beginning Friday. The hair will be on display until it is auctioned on July 7, Shafer said. The auction is located about three miles north of Angelina River at 7821 U.S. Highway 259. For more information about the “Bigfoot hair,” or other items sold by Shafer, call 676-6059. For more information about the auction, contact Bonnie Worley at 462-9400.