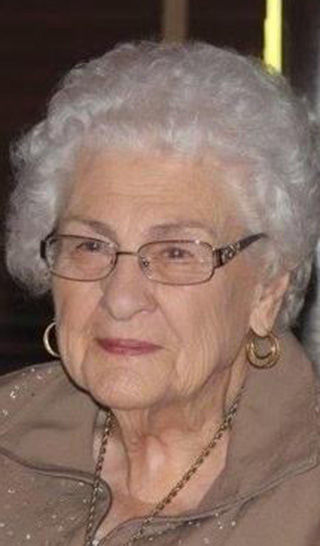 Funeral services for Gladys Meadows-Fair, 89, of Huntington will be held Sunday, June 28, 2020 at 1:00 p.m. in the Carroway Funeral Home Chapel in Lufkin with her grandson, Billy Corley and granddaughters, Shayla Corley and Shellin Hogue officiating. Interment will follow in the Garden of Memories Memorial Park.

Mrs. Meadows-Fair was born January 10, 1931 in Haynesville, Louisiana to the late Jessie I. (Buck) and James G. Cartwright, and died Tuesday, June 23, 2020 in a local nursing home.

Formerly of Deer Park, Mrs. Meadows-Fair had resided in the Lufkin area for 44 years. She was employed with Deer Park ISD for 10 years and retired from Angelina College following 15 years of employment. The unconditional love she had for her family was given through her magnificent, wonderful cooking, especially her macaroni and cheese. She always enjoyed painting some of the beautiful woodwork Charles would make. Mrs. Meadows-Fair was a member of Angelina Church of Christ.

She was preceded in death by her parents; husband of 58 years, Charles Henry Meadows; son, Randy Meadows, and sisters, Helen Kveton and Louise Krampitz.

Honorary pallbearers will be Keaton Pullen and Scott Sabo.

Memorial contributions may be made to Hospice in the Pines, 1504 W. Frank Avenue, Lufkin, Texas 75904 or a charity of your choice.

The family will welcome friends and loved ones from 6:00 to 8:00 p.m. Saturday evening at the funeral home in Lufkin.